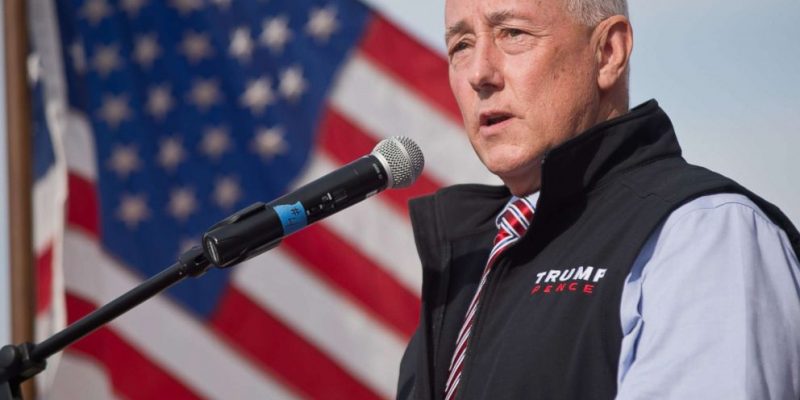 The race for Indiana’s 6th Congressional District was called this evening in favor of Greg Pence, the older brother of Vice President Mike Pence.

The oldest of six siblings, the former oil executive bares a close resemblance to his brother including his trademark snow white hair. Greg, 61 bested his fellow Republicans for the nomination to the same seat that his brother held for over a decade. The 6th Congressional District of Indiana covers eastern areas of the state including parts of Indianapolis and Cincinnati.

The seat was formerly held by Congressman Luke Messer who opted to run for US Senate where he came up short the same evening. Pence is a first-time political candidate but was previously appointed for a brief term as the Deputy Commissioner of Indiana’s Department of Environmental Management. The former marine ran on the slogan “ready to serve again” and describes himself as a “faith-driven conservative”.

The Vice President and allies came through for his younger brother, headlining fundraisers and bringing in air support from outside groups. Pence’s opponents criticized his campaign for leaning heavily on his last name to coast to victory while avoiding public appearances and debates.  He raised over $1 million for his campaign, more than doubling the funds of his closest competitor.

President Donald Trump won the congressional district by more than 40 percent in the 2016 Presidential Election, making it one of the most secure seats in the nation which all but guarantees Greg Pence a seat in the US House of Representatives in November.

The Vice President took to Twitter to publicly congratulate his big brother and wish him well in the November midterm election:

Congratulations to my brother @GregPenceIN on his big primary win tonight in #IN06! He’s making Hoosiers & the Pence family proud. Good luck in November!