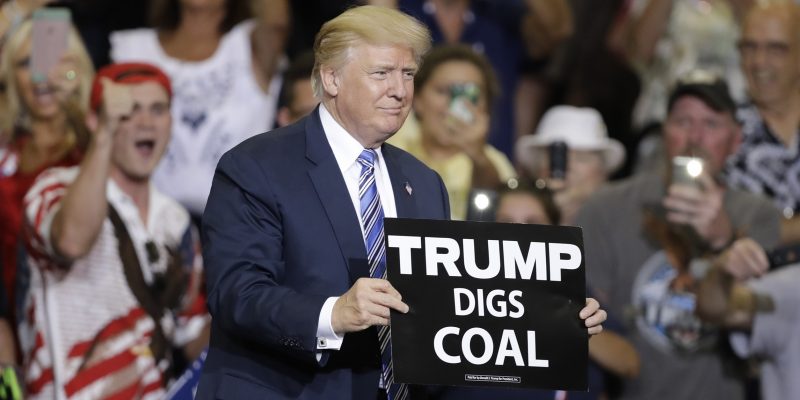 It was not who the President endorsed, it was who he did not endorse in the following tweet warning voters to stay away from one of the three candidates:

To the great people of West Virginia we have, together, a really great chance to keep making a big difference. Problem is, Don Blankenship, currently running for Senate, can’t win the General Election in your State…No way! Remember Alabama. Vote Rep. Jenkins or A.G. Morrisey!

Why would the President of the United States go out of his way to ensure that one particular candidate did not carry the Republican banner?

First and foremost was the fact that Blankenship was charged with felonies and found complicit of violating federal mining safety standards that led to the death of 29 coal miners. He also used what many would call racial epithets on the campaign trail including “negro” and “wealthy chinaperson”. Last but not least, he referred to Senate Majority Leader Mitch McConnell as “cocaine Mitch”.

All that considered and the intervention was no surprise nor was Trump Jr.’s similar request to West Virginia voters last week:

I hate to lose. So I’m gonna go out on a limb here and ask the people of West Virginia to make a wise decision and reject Blankenship!

No more fumbles like Alabama. We need to win in November. #wv#wvpol

It was all for the sake of defeating one of the most vulnerable but also more conservative Democrats in November, Senator Joe Manchin. Some reports indicate that he has voted in line with President Trump a surprising 61% of the time but that may not be enough to earn him one more term. With the Senate split, Trump will be sure to stump hard for Patrick Morrissey in the fall.

We will have to wait and see but it just might be that Donald Trump has been able to do something that Republicans have struggled to do for years- unite the GOP.

Interested in more national news? We've got you covered! See More National News
Previous Article BREAKING: Brother Of Vice President Pence Wins US House Primary
Next Article If You Haven’t Heard of Mr. Bonner Yet, You Should [video]