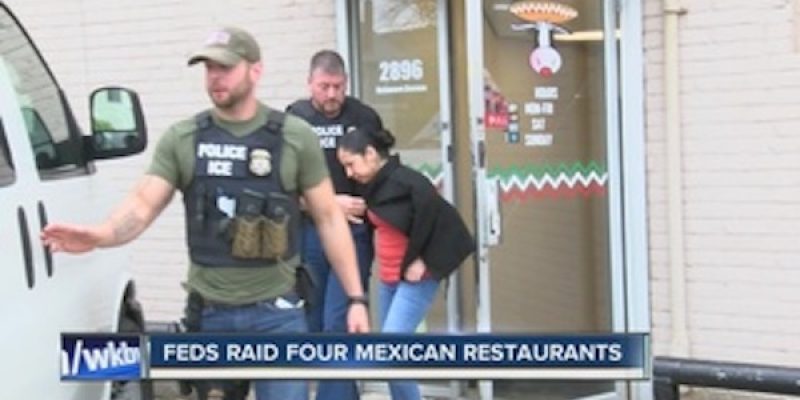 Companies that hire illegal aliens are being audited at a greater rate by immigration officials, the Associated Press reports. Derek Benner, head of U.S. Immigration and Customs Enforcement (ICE)’s Homeland Security Investigations unit, told The Associated Press that a major audit sweep scheduled for this summer would exceed more than 5,000 employers being audited by ICE.

ICE is auditing companies to verify if their employees are authorized to work in the U.S., evidencing President Trump’s directive to crack down on illegal aliens. The focus, ICE stated, is to create a “culture of compliance” among employers who rely on hiring illegal aliens, which could lead to criminal prosecution if violated.

The Associated Press notes that since federal immigration law was enacted in 1986, employers are required to verify whether or not their employees are authorized to work in the U.S. This includes reviewing and verifying documents that prove a person’s identity and work authorization. If employers hire employees without proper documents they may be subject to administrative fines and criminal prosecution.

After Trump took office in January 2017 a surge of deportation arrests occurred and a focus was heightened on targeting employers. ICE reports that there were 2,282 employer audits opened between Oct. 1 and May 4; nearly a 60 percent increase from the 1,360 audits opened between October 2016 and September 2017. Many came after January ICE audits of roughly 100 7-Eleven franchises in 17 states.

In addition to these audits ICE’s acting director, Thomas Homan, pledged that the agency would increase its workplace enforcement by “four or five times,” which could result in a 40 percent increase in deportation arrests.

The goal of employer audits is to focus on criminal cases against employers and deport illegal alien employees who in the country illegally.

Benner explained that hiring illegal aliens creates an unfair advantage for companies, encourages illegal immigration, results in a range of identity fraud, and can create unsafe work environments for workers who are forced to work in potentially dangerous conditions without overtime pay or health benefits.