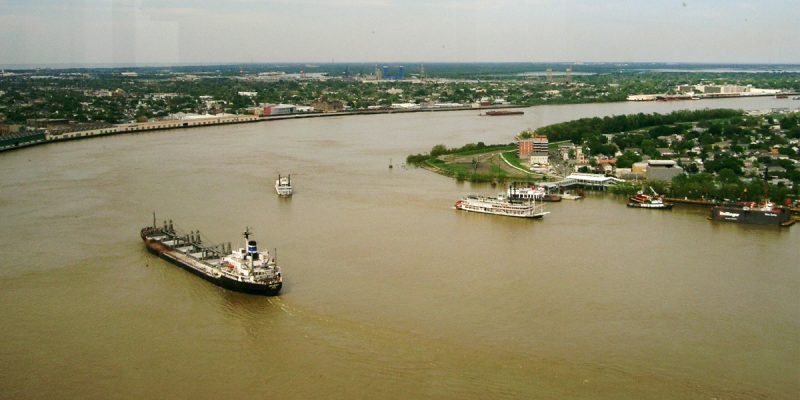 Talk to people at the Louisiana capitol, and one of the things you’ll hear about who gets everything they want up there is a group nobody ever really pays any attention to – namely, the river pilots who by state law have a monopoly on driving the big ships plying the Mississippi from north of Baton Rouge to its mouth.

Traditionally, it would make sense that only a very highly-skilled, expert group of professionals be allowed to operate on that river. The Mississippi is one of the most dangerous rivers in the world, both due to the power of its current and the volume of traffic on it, and with the size of the vessels plying it it’s entirely likely that a pilot who doesn’t know what he’s doing could cause significant loss of life and property. To pilot one of those boats safely you’ve got to know every inch of that river – so entrusting it to what is essentially a guild of people who know what they’re doing is a prudent form of occupational licensing nobody thinks is inappropriate. We’re not talking about florists or interior designers here.

So what happens is that the big container ships which enter the river from the Gulf of Mexico at its mouth will take on a river pilot – actually, multiple river pilots – who will drive them to their destination. The Bar Pilots operate from Pilottown and below, the Crescent River Pilots ply the river from Pilottown into New Orleans and the New Orleans Baton Rouge Steamship Pilots handle the upriver traffic. So if you’ve got a cargo ship coming into the river on its way to the Port of Baton Rouge you’re going to be paying three different river pilots in addition to the ship captain who drove your boat to the river’s mouth.

And as you might imagine, those river pilots make an absolute killing. As in a half-million dollars a year or more. It pays to be a river pilot.

This isn’t all that unreasonable given the value of the cargo these guys are safeguarding up and down that river, mind you. What’s made critics of the river pilots among some is what happens on the margins. Because on top of the agreed-upon rates for the river pilots are the “tariffs” they impose – meaning the additional payments they demand on top of those pilot fees. The “tariffs” basically pay these guys to drive to where the boat is, and that could run as high as $40,000 or more per year per pilot.

Good work if you can get it. And apparently these tariffs are getting higher and higher of late.

One thing Zurik’s report missed was that the river pilots’ political action committee, which is LA River Pilots Association PAC, donated $10,000 to Louisiana Victory 2015, which was the Louisiana Democrat Party’s PAC for the 2015 election, in November of that year Edwards was elected. To be fair, earlier in 2015 the river pilots donated $20,000 to David Vitter’s PAC – that was when Vitter appeared to be a shoe-in as governor.

We’re not here to say that Zurik’s sources calling that commission corrupt are 100 percent right. What we can say, though, is this stuff matters – Louisiana has some of the busiest ports in the world by an accident of geography, but even so those ports are not as busy or as lucrative as they could be – and Louisiana loses business to Houston, Gulfport and Mobile in no small part because of shenanigans like what’s in Zurik’s report. There is a mentality here which holds that we don’t have to do things the right way because “they have to be here” – whether “they” is oil companies, petrochemical plants, shipping or whatever industry is targeted as a mark by politicians and others. And for a long time that might even have been true.

But in the 21st century it’s less so. Commerce is easier now and the options are greater. The old-school Louisiana way, which Edwards clearly espouses with respect to the river pilots (he doesn’t even try to defend himself in that Zurik interview; his response is essentially “so what?”), leads to ruin.