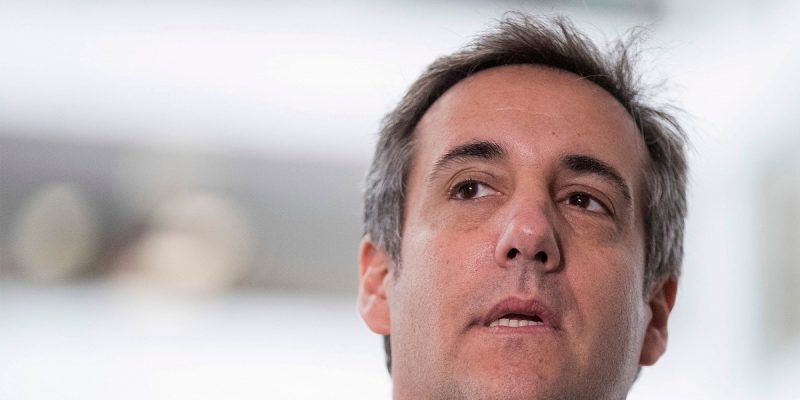 UPDATE: No kidding – NBC News got it wrong…

Citing three senior U.S. officials, the corrected report from NBC News instead claims Cohen’s phones were being monitored using a device called a pen register, which records numbers called from a certain phone line and the duration of calls. But that device doesn’t listen into the calls.

A pen register supposedly requires a lot less judicial scrutiny than a full-on wiretap from a judge, which would indicate a bit less of a controversy than we’ve been sold all day. But there’s your legacy media for you.

ORIGINAL: Well, there’s your reason why Rudy Giuliani was on TV admitting Donald Trump reimbursed that $130,000. Now it isn’t news that the feds can prove it – instead we’re free to be shocked that the president’s lawyer had his phone lines tapped and apparently at least one call from the White House was recorded.

Ready for a fresh round of Deep State outrage? Here you go…

Federal investigators have wiretapped the phone lines of Michael Cohen, the longtime personal lawyer for President Donald Trump who is under investigation for a payment he made to an adult film star who alleged she had an affair with Trump, according to two people with knowledge of the legal proceedings involving Cohen.

It is not clear how long the wiretap has been authorized, but NBC News has learned it was in place in the weeks leading up to the raids on Cohen’s offices, hotel room, and home in early April, according to one person with direct knowledge.

At least one phone call between a phone line associated with Cohen and the White House was intercepted, the person said.

Previously, federal prosecutors in New York have said in court filings that they have conducted covert searches on multiple e-mail accounts maintained by Cohen.

The NBC report says Giuliani knew about the wiretaps and instructed Trump not to contact Cohen as a result. One assumes that means the call from the White House which was recorded came before that admonition.

Giuliani is also described as having warned Trump that Cohen is likely to flip on him, something Trump pushed back on, telling Giuliani that he has known Cohen for years and expects him to be loyal, according to two sources with direct knowledge of the conversations.

Giuliani and a lawyer for Cohen, Steve Ryan, did not immediately respond to a request for comment. The White House referred NBC News to outside counsel.

So is there any meat on these bones?

It is unclear what incriminating information Cohen could give prosecutors on Trump, if he chose to cooperate. He represented Trump and the Trump Organization in its business dealings for nearly two decades before Trump became president. Special counsel Robert Mueller is interested in any information that federal investigators in New York may pick up that would be relevant to his investigation into possible collusion between the Trump campaign and Russia.

Cohen has previously said publicly that he would invoke his Fifth Amendment rights if subpoenaed to avoid incriminating himself before a grand jury and there is no indication from public filings that Cohen is cooperating in the probe.

You’re likely going to hear that the feds have to have an extraordinary amount of evidence to present to a judge to get a wiretap, but this case has made that contention somewhat questionable – after all, the search warrant precipitating the raid on Cohen’s home and office was signed by a federal judge who was once up for the Attorney General job in the Clinton administration.

But the guess here is today’s news isn’t going to be taken by a majority of Americans as evidence the Mueller probe is hitting paydirt. Quite the opposite.