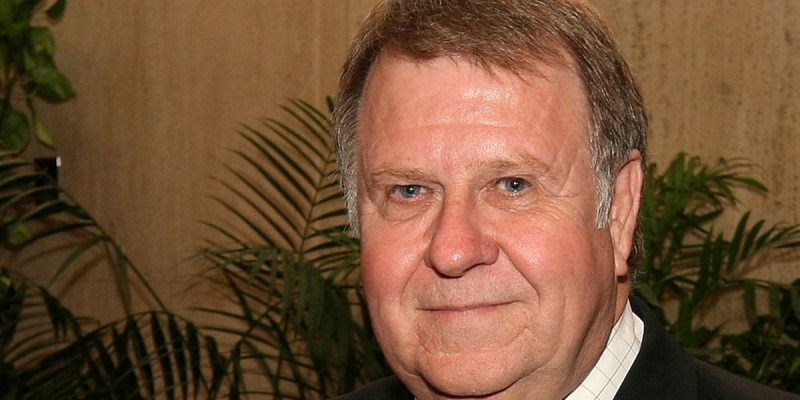 So far, what is expected to be a large field for this fall’s special election has yet to take shape, as Republican state representative Julie Stokes and Democrat attorney Renee Free have been the only two declared candidates of note. That’s changing, though – yesterday former state senator A.G. Crowe (R-Pearl River) announced he’s throwing his hat in the ring…

Former 16-year veteran legislator A.G. Crowe, (R) Pearl River, announced today that he will be a candidate for Secretary of State in the fall election.

Crowe, a graduate of the former Francis T. Nicholls High School in New Orleans and Southeastern Louisiana University where he earned his Bachelor of Business Administration degree, will enter the race with an extensive business background as the former founder and CEO of The File Depot, a records management company with 23 franchise units in 12 states.

Crowe also brings an extensive legislative history to the race.  He served on the St. Tammany School Board before being elected to the state legislature in 1999 where he served as District 76 State Representative from 2000 to 2008.  Crowe was elected to the State Senate in October of 2007 and was re-elected in 2011 over a term-limited State Representative by almost 75% of the vote.  In June 2015, Crowe surprised Senate colleagues announcing his decision to not seek a third term. In his address to the Senate, Crowe stated, “I have come to understand that the magic number for success in this hall of government is not 20 votes, but instead one. One vote. Because when we each remain true to our purpose of representing the people who sent us to this stately chamber, then we remain true to our oath… true to our government… and most of all, true to ourselves and God.”

While in the Senate, Crowe was lauded for his work to help Hurricane Katrina victims fight through government’s slow response and bureaucracy. As a staunch conservative, he was a leading voice for adopting strong ethics reform measures, protecting TOPS, strengthening penalties against violent criminals, and limiting government spending as he condemned the “Fiscal Deficit Disorder” of the state budgeting process.  As Senator for District 1, Crowe represented parts of St. Tammany, St. Bernard, Plaquemines and Orleans.  He served as Vice-Chair of the Senate Commerce Committee.  Crowe was honored by the Alliance for Good Government as a “Legislator of the Year”.  He was an A+-rated legislator by the National Rifle Association, and he was an 11-time recipient of the Louisiana Family Forum Outstanding Family Advocate Patrick Henry Award.  Crowe earned Family Forum’s highest honor, the Gladiator Award, and upon announcing he would not seek re-election, the daily newspaper in New Orleans quoted Louisiana Family Forum President Gene Mills as stating, “A. G. Crowe is a principled man. Louisiana has benefited from his honorable service, first to the Lord, then to the people of Senate District 1.”

Said Crowe, “My 16 years in the legislature and more than 16 years in the records management business uniquely prepare me to serve as Secretary of State.  I will protect the integrity of the elections process, streamline business services and filings, and offer innovative solutions to protect the identity of all Louisianans.  I have always regarded serving the public as a privilege, and I am eager to bring my fiscal conservative management style to the office. Louisiana needs a good dose of smart management, consumer-friendly service and fiscal restraint.”

Crowe is a Republican married to the former Linda McCoin, a teacher from Washington Parish.  They have two children and seven grandchildren.  Crowe will qualify for the seat on Wednesday, July 18.

Crowe would be the first legitimate conservative in the race, and with a Democrat and Stokes, seen as a moderate Republican at best, in the race it would seem logical that if a conservative candidate can consolidate votes on the right there would be an open path to victory.

The question is whether that’s going to be Crowe. It might be; in a poll earlier this month on the race he came in third behind Free and former Jindal commissioner of administration Angele Davis, who so far doesn’t quite appear to be running, with 10 percent.

But just behind Crowe was state representative Paul Hollis (R-Covington), who picked up 8 percent. Hollis is thought to be soon to enter the race, and if he does he’ll have a sizable amount of personal cash to throw into the race – as does Crowe.

There is at least one more conservative set to enter the race. More on that tomorrow.