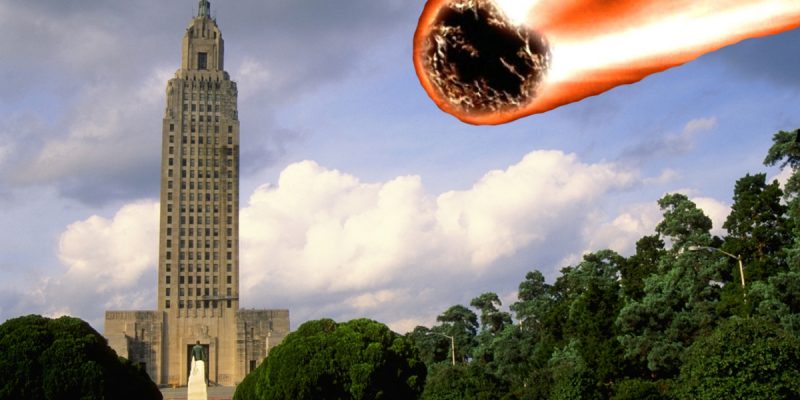 So Louisiana’s legislative sessions are finally over. Despite the terrible doom and gloom of a $1.2 bn, then a $950 million, then a $635 million fiscal cliff it turned out as I always said.

There was never a fiscal cliff. That was Gov. John Bel Edwards’ talking point and and a headline-grabber for the media. We just needed to and ultimately did determine how much Louisiana’s state government really needed (about $700 million less than what the governor initially demanded) and then pass corresponding revenue measures. No problem except….

Now the media is fawning all over itself claiming that the governor achieved seven years of stability thanks to a $463 million increase in sales taxes. Not a chance! The autonomous increases in government spending, driven mostly by the governor’s acceptance of Medicaid expansion and his refusal to do anything to rein in its cost, will very quickly eat up all the new revenue that we passed. In a year or two it will all be gone and the governor (this or the next) might well be back again (there’s no “might” about it if Edwards gets a second term) demanding more and more taxes. If we do nothing to control healthcare costs there will be no choice; raise taxes or once again cut into other state services such as higher education.

I can not let Louisiana’s legislature off the hook either. We continue to waste hundreds of millions on all sorts of things but the legislature has not demonstrated the courage to control them. But even if we did find the courage to cut these wasteful practices, the savings would be dwarfed and quickly consumed by the out-of-control growth of expenses of the governor’s healthcare system.

I am sorry to have to disrupt the giddiness of the moment but as all who sat through those months of Finance Committee meetings heard, expert after expert testified that, except for a miracle in the form of a major uptick in our state’s economy or a huge amount of taxes from internet sales, we are in for years of expenses growing on autopilot and revenue always lagging.

Does the sound of Louisiana’s can being kicked down the road sound familiar?