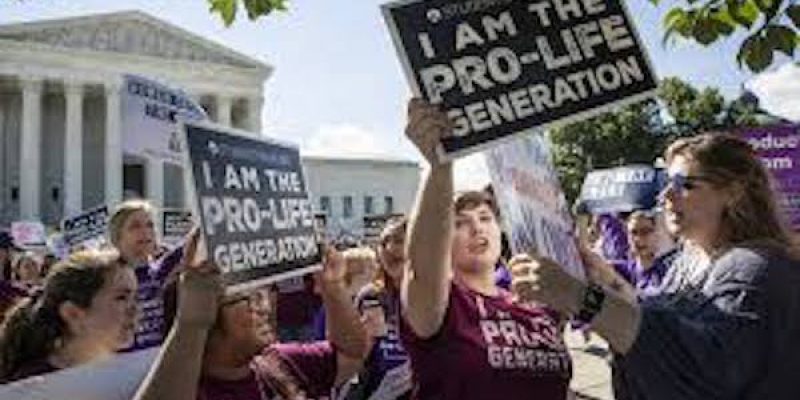 Today another victory for religious freedom was won in the Supreme Court by the Alliance for Defending Freedom, which defended Christian pregnancy centers against an unconstitutional California law. California’s law forced licensed pregnancy centers to post notices about free or low-cost state programs that provide abortions.

The Supreme Court ruled in favor of the pregnancy centers, and against the state of California. The 5-4 ruling by Justice Clarence Thomas stated that the California law “likely” violates the First Amendment as a form of compelled speech. The court ruled:

“Licensed clinics must provide a government-drafted script about the availability of state-sponsored services, as well as contact information for how to obtain them. One of those services is abortion — the very practice that petitioners are devoted to opposing.”

Justice Stephen Breyer read a synopsis of the four liberal justices’ dissent from the bench:

The Alliance Defending Freedom, the organization who defended the plaintiffs, The National Institute of Family and Life Advocates (NIFLA), argued that “informed consent” laws are warranted on the verge of a medical procedure, but the same is not true for centers counseling women to continue pregnancy. The NIFLA operates or is associated with roughly 130 California pregnancy centers.

Alliance Defending Freedom wrote in an email to supporters:

“The NIFLA case illustrates the dangerous reality of what happens when the government oversteps its authority to compel people to speak a message that violates their beliefs.

“The Supreme Court’s decision—as well as the victory for Colorado cake artist Jack Phillips—makes it clear that the government must respect religious beliefs about issues like marriage and abortion. A government that will abuse its power in such a shocking way has no place in a free society.”