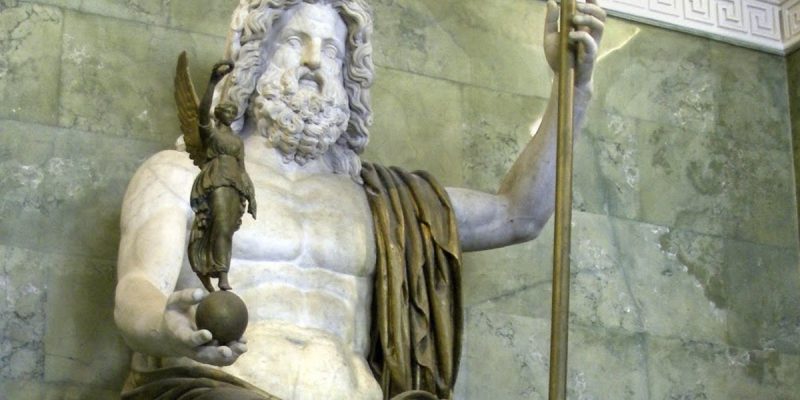 In mythology there is a recurrent theme of struggle between “man” and the “old Gods.”

Embedded as I am in the political theater that is state government I can’t help but reflect on this theme. In our case the image of the “old Gods” reflects upon those who passionately defend the deep seated concepts of government that have ruled our lives for decades. The part of “man” in this image are the upstart people, acting through elected members of the legislature, who boldly stand against a system that requires the blind allegiance of “man;” a system that has served the “old Gods” well but has failed man. We all know how in antiquity this all turned out, “man” blossomed once he abandoned his reliance upon the “old Gods.”

Wow, that was deep but I wanted to see who would stick with me!

This wave of imagery was triggered in me by the governor’s release of a TV commercial seeking to defend his long held big-government position. I am not going to critique the falsehood that somehow his plan will result in a $500 million cut in taxes when in fact it is an increase over expired taxes. It is not a $200 million reduction in spending when in fact during his short time in office spending has increased by about $5 billion. It is not the governor’s shallow attempt to blame Republicans for failing to vote for a 1/2 cent tax when in fact it was his own Democrats who killed the proposal.

No, my interest in this commercial is that in the face of “man’s” defiance of the old ways it is a desperate reaction by the “old Gods” to defend their happy place.

I hope that our people realize the significance of all of this. When in anyone’s memory has a governor had to take to paid media to urge the people to accept a tax on themselves in order to support a government that he has expanded dramatically? His commercial reflects a worried attempt to defend the indefensible; a system of government that he has staunchly refused to reform even though it has been a costly, staggering failure. If this had occurred in a political campaign one would conclude that it was a last gasp at trying to overcome bad poll results. To use an football expression the governor has thrown a “Hail Mary” in order to save his concept of government.

The Administration’s problem is not a handful of obstinate legislators. His problem is what those legislators represent. They are the voice of the people. A people that has finally awakened from a long sleep to the reality of the failure that has been proffered by their leaders. The governor’s defense of failed government, much like the time of the “old Gods,” is doomed to end as the people are finally unwilling to accept the status quo that has made life good for the “old Gods” even as they struggle.

Here’s a thought, had the governor undertook the reform of government with as much fervor as he has in raising taxes he probably would not have met such vociferous opposition to tax increases. But the “old Gods” die hard and they will always defend their happy place instead of running the risk of losing all that they have.