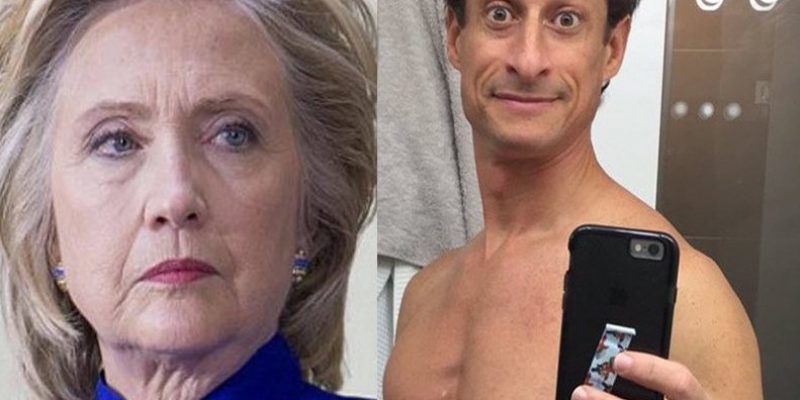 It took 21 months for the Inspector General (IG) to confirm what conservative media outlet True Pundit reported on November 2, 2016: the FBI knew there was evidence on Anthony Weiner’s laptop and Hillary Clinton’s emails linked to sex crimes against children.

And James Comey knew about it.

New York Police Department detectives and prosecutors working an alleged underage sexting case against former Congressman Anthony Weiner have turned over a newly-found laptop he shared with wife Huma Abedin to the FBI with enough evidence “to put Hillary (Clinton) and her crew away for life,” NYPD sources told True Pundit.

The NYPD seized the computer from Weiner during a search warrant and detectives discovered a trove of over 500,000 emails to and from Hillary Clinton, Abedin and other insiders during her tenure as secretary of state. The content of those emails sparked the FBI to reopen its defunct email investigation into Clinton on Friday.

But new revelations on the contents of that laptop, according to law enforcement sources, implicate the Democratic presidential candidate, her subordinates, and even select elected officials in far more alleged serious crimes than mishandling classified and top secret emails, sources said. NYPD sources said these new emails include evidence linking Clinton herself and associates to:

On pg. 294 an FBI investigator testifies that he debriefed Comey on the materials after being notified of the sex-crimes-linked intelligence from the FBI’s Criminal Investigative Division. Under the heading — “Hillary Clinton & Foundation Crime Against Children:”

That is an official report about sex crimes linked to the former secretary of state, former U.S. senator and former First Lady and the former FBI director did nothing about it.

If there is evidence of crimes committed against Children through the Clinton Foundation why haven’t Foundation associates been arrested?

Where is the justice for these child victims?

Interested in more national news? We've got you covered! See More National News
Previous Article CROUERE: Is The Media Elite The Enemy Of The American People?
Next Article The Abomination of Kathy Griffin