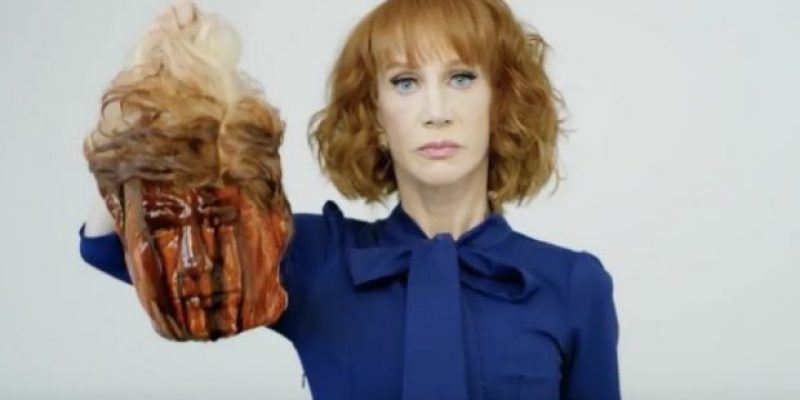 No “feminist” would write or say this.

Unfortunately, the abomination of faux comedienne Kathy Griffin is not going to stop until she is banned from all media outlets or dies. She recently rescinded her apology for showing a bloody decapitated head of Trump on a video last year.

Afterwards she faced major backlash that threatened her career, and was forced to apologize. But a year later she said that she regrets apologizing. And took back her apology. On The View she said,

She also said she was not sorry for her attacks on Trump’s oldest sons, Donald Jr. and Eric, whom she called, “Eddie Munster and date rape.” She added,

“Look, I’m not holding back on this family. This president is different and I have been through the mill and so now I’m back on the road.”

Now she’s going after the First Lady, an image of grace, beauty, and many other qualities Griffin will never have.

The below rant on Twitter is hate speech, and it’s not protected by the First Amendment. If Griffin doesn’t stop she needs to be arrested.

Fuck you, Melanie. You know damn well your husband can end this immediately…you feckless complicit piece of shit. https://t.co/5NsoFgMuLr

And what about Twitter? Doesn’t this at least violate its community standards?

Griffin represents the unfortunate face of mental illness and should be given medical help, and certainly not media attention. Before being arrested she should be committed. Something is definitely not right with her mind, whatever is left of it.