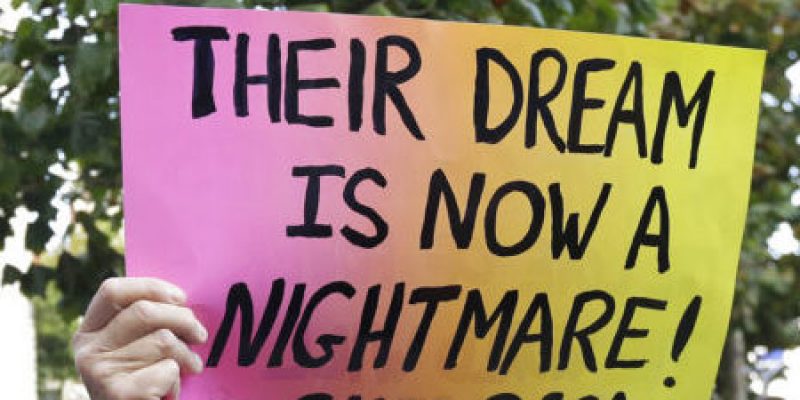 According to new government data released by the U.S. Citizenship and Immigration Services, Obama-era DACA amnesty allowed illegal aliens who’d been arrested for violent crimes to stay and work in the U.S. Those approved for DACA status in one report alone include:

The report also surveys the levels of screening and waivers granted to “Dreamers” who apply. Approximately 31 percent had criminal records– who were rejected.

DACA eligibility requirements focus on convictions to weed out criminals. This includes a felony conviction, a “significant” misdemeanor or three non-significant misdemeanors.

USCIS Director Francis Cissna explained on Fox News, “You have to have a conviction. You can be arrested a whole lot of times and get DACA.”

For example, 24 “dreamers” received DACA status even though they had more than ten arrests on their record. More than 1,200 others had been arrested between five and nine times.

Unfortunately, the House is debating an immigration bill this week that would grant citizenship to DACA recipients and possibly 1 million other illegals.

The bill, like DACA, relies on convictions instead of arrests, meaning “dreamers” with more than 10 arrests and those with rape, murder and sex crime arrests are eligible.

The Washington Times reports that the GOP bill “specifically allows illegal immigrants convicted of smuggling people into the U.S. — a felony charge — to claim citizenship.”

Interested in more national news? We've got you covered! See More National News
Previous Article Gallup: More Americans are satisfied with country’s direction than under 8 years of Obama
Next Article More flooding in South Texas, and it’s not pretty