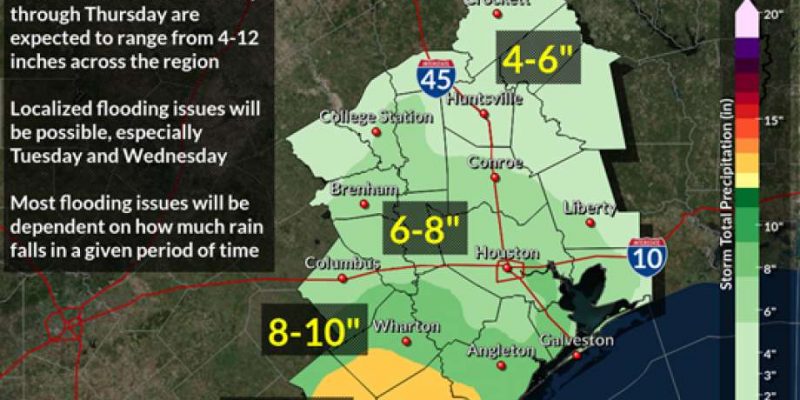 It’s been raining for several days straight in South Texas, and it’s no surprise that there are areas where major flooding is happening.

Corpus Christi, which was hit hard by Hurricane Harvey, got 10 inches of rain in two days. And, there’s more rain coming.

Corpus Christi International Airport has now recorded 7.34 inches since the rain began on Monday, and the rain is still falling. #Action10Weather #ccwx

Police in Weslaco are urging people to stay off the roads.

Citizens avoid driving in these conditions. We urge you to stay home .We will keep you updated with what streets to avoid due to flooding.

A Flash Flood Watch is in effect until 7PM for parts of southeast Texas.