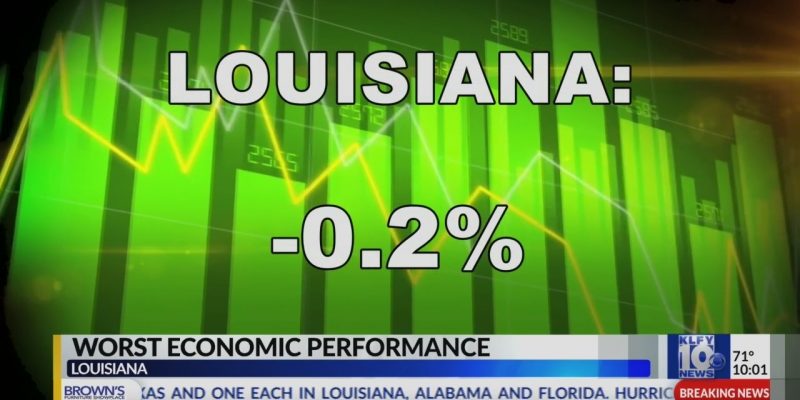 A new study released by WalletHub ranks the state of Louisiana as the worst economy in the United States at #51 (including Washington, D.C.).

This comes as little shock to many Louisianians but what is a surprise is that, this time we can not say “at least we’re better than Mississippi” who came in at #50.

By analyzing “28 key indicators”, the personal finance company presents their findings which leave The Pelican State with the lowest overall score at 26.07 to Mississippi’s 28.14.

The top 3 states were Washington, Utah and Massachusetts with California coming in 4th and Texas rounding out the top 10.

GDP growth was the most important indicator for economic activity. In the most important measure of economic growth, Louisiana came in last behind Connecticut and Kansas. During 2017, the state saw a .2% loss in GDP while most of the country saw a net gain.

Unemployment rate and income growth were paramount for the economic health rating and that is one metric where Louisiana is not last but does remain on the wrong side of the national average (3.9%) at 4.5%. The state’s per capita income for 2017 of $43,500 takes the #37 spot while the national average was just over $50,000.

High-tech industries, science & technology jobs and patents were the crucial factors for innovation potential. Louisiana finished #47 in high-tech jobs and #48 in inventor patents.

Louisiana is tied with Texas, Washington and North Dakota for the highest amount of exports per capita.

The full study can be read here.