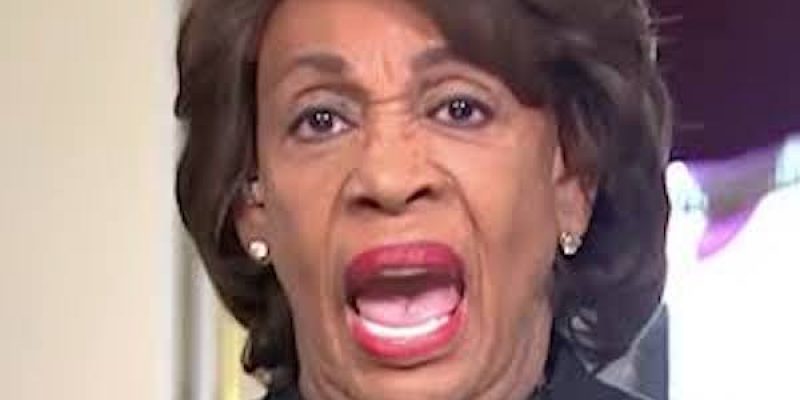 Another deranged elected official, this time, California Democratic congresswoman Maxine Waters, is calling for acts of public violence and discrimination– arguing that Trump administration officials should not be allow to go anywhere in public.

(This is of course a violation of the First Amendment, but why follow this law when she consistently breaks others?) Cheering on restaurant owners and others who attack or rebuff Trump officials at restaurants, she argues that people do this more often. In a recent speech she declared:

“Let’s stay the course, let’s make sure we show up wherever we have to show up.

“If you see anybody from that Cabinet in a restaurant, in a department store, at a gasoline station, you get out and you create a crowd and you push back on them, and you tell them they’re not welcome any more, anywhere.”

The crowd of 11 cheered.

It’s absolutely astounding that this woman is in the U.S. Congress or thinks she represents anyone other than herself.