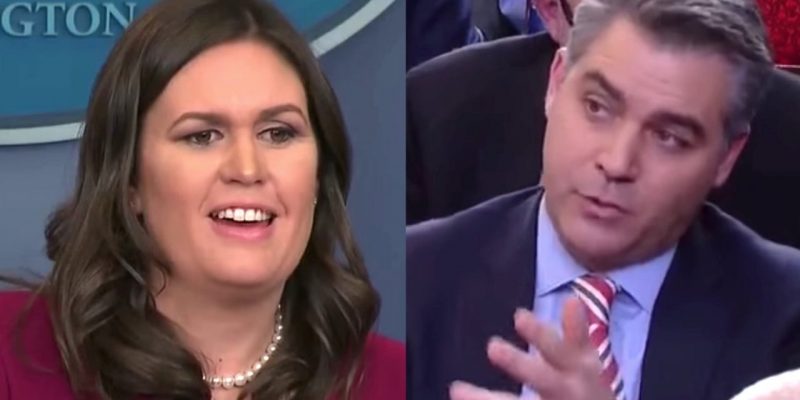 One thing secularists need to learn is not to argue with a pastor’s daughter over what the Bible does or does not say. And CNN’s Jim Acosta proved once again his foolishness and poor listening and comprehension skills, or lack there of, when he confronted White House Press Secretary Sarah Huckabee Sanders.

At a recent White House press briefing, Acosta brought up a comment made by Attorney General Jeff Sessions about enforcing the law and illegals being incarcerated by referencing the Bible. Sessions said, “Apostle Paul and his clear and wise command in Romans 13 to obey the laws of the government because God has ordained them for the purpose of order.”

Acosta asked Sanders: “The attorney general said today somehow … there’s a justification for this in the Bible. Where does it say in the Bible that it’s moral to take children away from their mothers?”

Mrs. Sanders, despite Acosta’s vagueness about the Bible verse being quoted, accurately predicted Mr. Sessions’ context when challenged on the issue.

“I’m not aware of the attorney general’s comments or what he would be referencing,” Mrs. Sanders replied. “I can say that it is very biblical to enforce the law. That is actually repeated a number of time throughout the Bible.”

“But where in the Bible does it say it’s OK to take children away from their parents?” the Acosta replied. “You just said that it’s in the Bible to follow the law.”

Sanders replied: “That’s not what I said. I know it’s hard for you to understand even short sentences I guess, but please don’t take my words out of context.”

She went on to blame Democrats for whining about a very policy that Obama enforced. But her take down of Acosta was classic.