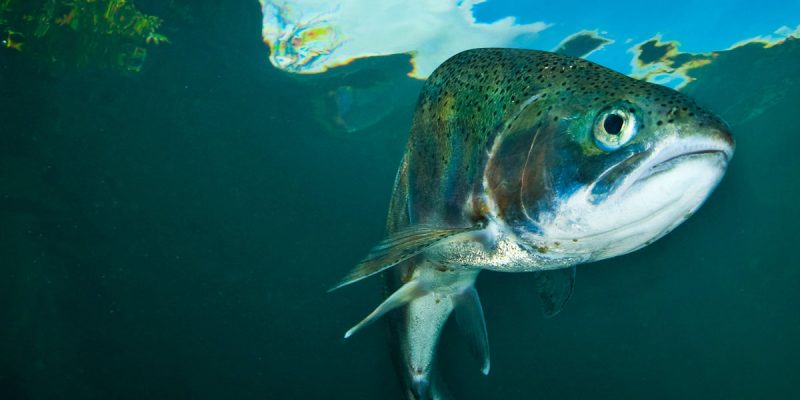 I love proverbs that come down to us through the ages. They lend great value to society simply because they stand the test of time and in but a few words bring to us their truth.

There is one proverb that has come down to us that more than anything else defines the stark contrast in thinking between those who ascribe to conservative philosophy and those who align with liberal philosophy.

What a perfectly succinct expression that captures the fracture between two ways of thinking.

From my perspective of their actions a liberal looks at the opening phrase of the proverb and thinks, that’s right, let’s give him a fish because he is hungry. They think it is only fair that we do so because we do have extra fish and he doesn’t have any. Clearly, their reasoning goes, it isn’t his fault that he has no fish, the fault must lie with society.

In their worldview, with no weight given for an individual’s initiative or effort, no one should have more of anything than anyone else; further, its government’s fundamental duty to confiscate excess and spread it around to those who have less. This follows the well-worn social construct “share the wealth,” the same logic that has held our own state back for so long.

Of course by implication they don’t take into account whether the man has had any desire to even try to fish, or whether he has saved so that he could afford to buy the gear needed to fish, or if he has ever tried to learn how to fish from those who would freely teach him.

A conservative looks at this phrase and thinks, we should help out the man who needs a fish but if we do so without an expectation that doing so is just an interim measure until he can feed himself then he will be back expecting a steady supply of fish. The man instinctively knows that since we once gave him a fish from the fish we had to give, we are likely to do so again. In other words a conservative easily equates this part of the expression with the dangers of government dependency. The logic goes that since, the man has now become hooked on wanting more free fish because one cannot survive by eating only one fish, and trying to get free fish is easier than doing what is necessary under his own initiative to catch his own fish. Human nature is after all to take the path of least resistance.

Now let’s look at the more defining second phrase. Conservatives love this part as their thoughts are that self-dependency built upon a one-time investment in a work-related education inspires initiative and leads to a life of security by equipping the man to fish. Also there is a probability that the man will make a contribution back to society as he may well become a teacher of fishing and self-dependency from his own experiences.

Liberals on the other hand look at this phrase with disdain, as to them it is unfair to expect that the man will have to fish for himself and it is obviously not the man’s fault for needing free fish. In other words it justifies their assumption that there is a fundamental flaw in our capitalist society that assures that no-one can succeed on their own initiative and that only through government intervention, whether in some form of collective support or in perpetual dependency, can the man survive under a system that is stacked against him.

There is one other very sinister possibility that though not a part of this proverb the man may elect to follow. If the man for whatever reason doesn’t or can’t fish, he may opt to steal our fish. There is no moral justification for assuming that stealing is a legitimate path for the man but we know that it happens every day.

A conservative views the man’s decision to steal fish in terms of his obvious rejection of the opportunities created for the man in a free society. After all through the will of the people government provides programs that are supposed to endow citizens with the tools that they need to survive in our world. The conservative believes that free education, free job training, free food, free medical services, cheap housing, and free this, free that….. should be more than adequate tools for anyone and that failure to take advantage of them for long term good is just an excuse that is not acceptable. To a conservative this man, by refusing to capitalize upon this assistance and using his initiative, has elected to take the easy way out (stealing) and should not be granted sympathy or endless support.

A liberal believes that there is a vast societal conspiracy against the man and, as such, society is obligated to forgive his indiscretions. Under their assumptions, all men are fundamentally deprived of their rightful opportunities by an undefined but greedy few. Because of a belief in this inherent predisposition against the man, he need not share any blame for his inability to make a go of it. Therefore it is society that must keep supporting his dependencies lest, as his only option to eat, he be forced to revert to felony. They see a lifetime of support as a debt owed to those who, again for whatever reason, don’t reach a level of success that to liberals all are entitled to (not just have the opportunity to attain).

My belief is that we must be extraordinarily careful that we do not create a system of dependency that in our democracy would be difficult to ever control. It is just common sense to realize that when the majority of voters become recipients of government largesse they will vote to extend and enhance their own benefits without considering that their vote may mean that those benefits will come crashing down when the money runs out.
I believe that we must “teach a man to fish” with the very strong expectation that he will use his skills to his benefit and not fall back onto society unless he is physically incapable of fishing. I believe that for a democracy to function this relationship defines the promise between a man and society and that only when that promise is kept do both prosper. this means that we must unwind years of policies that make it easy to become reliant upon government.

We absolutely must provide a baseline of support for those who truly need it; essentially the old, the sick, the disabled, those temporarily out of work, or those unable ever to work. That being said we must make abundantly clear that society cannot continue to provide endless free stuff without a clear understanding that there are limits. Should we as a people lose sight of this then dependency will become an aggressive cancer on our society and decay will inevitably come from within.

So count me amongst those who follow the Conservative visualization of the second phrase of that ancient proverb. In my view we must provide a basic meaningful education and we must create an economy that provides for a fair opportunity for all people. But akin to parents’ “tough love” concept, we simply cannot provide support to the many able bodied that, if they take advantage of their opportunities, could fend for themselves.

Our worst nightmare must be that not to do so would bring about the socialist state so beloved by modern liberals. As has been proven so many times throughout history, a socialist state would be doomed to economic failure and political upheaval.