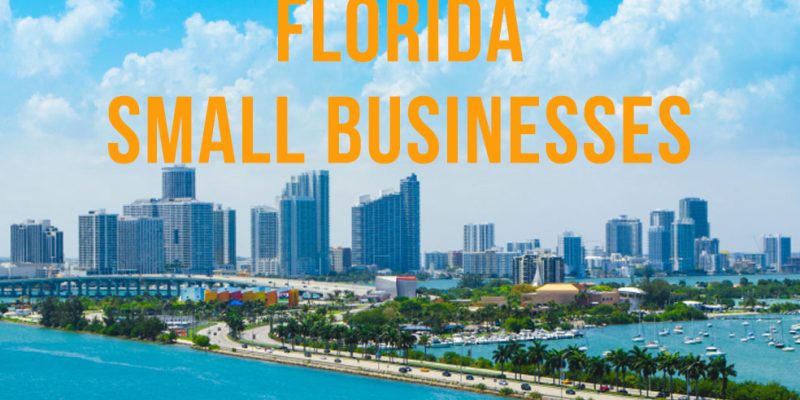 Dozens of business owners, managers and leaders of privately held companies in Florida have given raises and bonuses to their employees, invested in new equipment, hired new employees and enhanced benefit packages as a result of the Tax Cuts & Jobs Act President Donald Trump signed into law last December.

Michael Plummer, CEO of Our Town America of Clearwater, wrote in an op-ed published by the Tallahassee Democrat: “There’s no small business owner I talk to who isn’t thankful to be able to protect one-fifth of his or her earnings from taxes. For some marginal small businesses, it will make the difference between staying in business and closing. My business is no different.”

His company is using its tax savings to increase wages, hire new staff, and purchase equipment for its new headquarters location in Clearwater, he said.

The Flood Insurance Agency of Gainesville announced that it gave $1,000 bonuses to its 17 full-time employees.

“Small businesses represent almost 75 percent of all jobs in the USA and the new tax laws benefit many of those businesses,” its CEO, Evan Hecht, said shortly after the tax bill was signed into law. “My hope is that our insurance industry leads the way with both large public insurance corporations and small insurance agencies announcing their plans for leveraging their tax savings toward a bright American future. My hope is that news media does their part by reporting every announcement, building awareness of the growing tsunami. I want our company to participate in that tsunami. I want our employees to help define that destiny.”

Primrose School of South Tampa increased salaries for its 85 teachers and management staff by $500 to $1,000 and spent more than $150,000 on school infrastructure investment.

“This would not have been possible but for the tax reform and our sincerest,” Jana Radtke, the school’s franchise owner, said in a statement.

“The tax cuts are putting two more tow trucks on the road for my business,” owner Guy Jones said. “This will add two more full-time job openings that will help two more families. And it will put a little more money in the bank for my family.”

“Because of President Trump’s commitment to lowering rates and increasing deductions, we are now experiencing the largest tax-induced investment revolution ever,” founder and president Joseph Semprevivo said. “Never before have we seen such a frenzy of pay hikes, 401(k) increases, and bonuses due to a single piece of legislation.

“I employ numerous workers who stand to directly benefit from the Republican tax overhaul. Why? Because lower rates and increased deductions leave me with more resources to expand business operations and reward hardworking staffers,” he told the Washington Examiner.

“This is the first time I’ve done anything like this,” CEO Sheldon Wolf, who founded the company in 1988, said. “I’m hoping there are thousands of companies like mine who gave their employees $1,000 bonuses to show our support for the new tax plan, which will ultimately help the middle class.”

Don Ramon Restaurant of West Palm Beach gave increased bonuses in December and pay raises this spring to its staff, invested in renovations to its facility and hired new employees. In an op-ed published by the Palm Beach Post, owner Don Ramon wrote that tax reform left his restaurant “in a better position than ever before. We take great pride in rewarding our workers, and the new tax code makes it much easier to do so.”

Arthrex Inc. of North Naples gave all of its U.S. employees either a $1 per hour pay increase or a one-time bonus of $1,000. Santa Rosa-based Cogent Building Group gave $2,000 bonuses to its four employees. RGF Environmental Group, Inc., a privately held manufacturing firm in Riviera Beach, gave its employees $1,000 bonuses in addition to their year-end bonuses last December.

Melbourne-based Harris Corporation gave ten shares of common stock to each of its 17,000 non-executive employees, worth approximately $1,470 each and $24 million in total. It also contributed an additional $300 million to its employee pension fund and $20 million in technologies to accelerate innovation and affordability for its customers.

“We are pleased to share the benefits of our strong performance and the recent tax reform legislation with our employees,” its chairman, president and CEO William M. Brown said.

Fort Lauderdale-based Fleet Advantage provided greater options for its customers and helped expand its vehicle leasing operations. Many of its smaller fleets and owner-operators couldn’t afford to use new equipment. Because of tax reform its COO James C. Griffin Jr. said they launched new flexible leasing programs “to help fleets achieve more balance-sheet benefits. Because of the depreciation aspect of the tax plan, the company is now better able to predict planning for its customers.“

“A lot of organizations are looking at this as an opportunity to upgrade their fleets. [And] our model is really starting to resonate, so we’ve seen a huge uptick [in business],” he told Freight Waves News.

The U.S. Chamber of Commerce created an interactive tax map and Americans for Tax Reform compiled a comprehensive list of businesses giving raises, bonuses, and other savings to employees and customers in Florida. The U.S. Treasury Department projects that the Tax Cuts & Jobs Act will result in 90 percent of wage earners receiving higher take-home pay.

Interested in more national news? We've got you covered! See More National News
Previous Article The Democratic Party is Imploding, Here’s Why
Next Article Did you know Obama held illegals in CAGES?