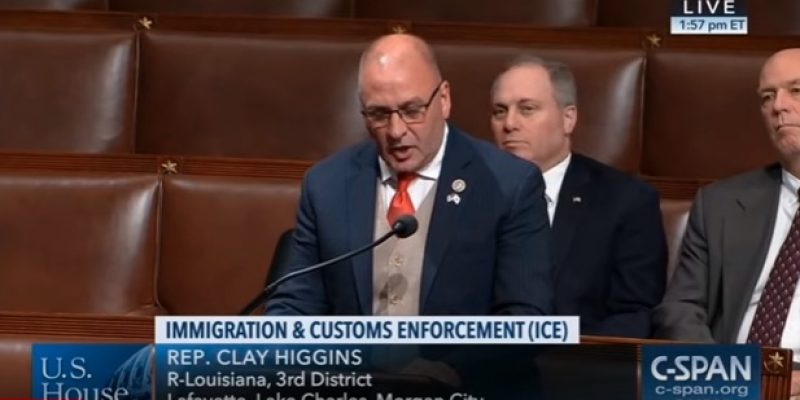 “The calls to abolish ICE come only one year after 159 House Democrats voted to pass landmark legislation reauthorizing ICE and other Department of Homeland Security (DHS) component agencies for the first time since their inception after 9/11,” Higgins’ office stated in a press release.

“Despite the rhetoric being pushed by the Left, the American people support Immigration & Customs Enforcement. Their service should be respected. The American people now know where every member of Congress stands on this issue. Democrats have made their support for open borders very clear. To vote ‘present’ on our resolution reflects fear. I am proud to represent a Conservative coalition standing with ICE agents and for the rule of law.”

Chris Cane, President of the National ICE Council and an active duty ICE Officer, said in a statement, “On behalf of the men and women of ICE, I want to thank Congressman Higgins for having our backs and taking a stand to support ICE law enforcement officers and staff, especially at a time like this.

“As a law enforcement veteran himself, Congressman Higgins gets it. He understands what ICE officers and employees go through on a daily basis and the threats and dangers we face in enforcing our nation’s laws. He understands that ICE personnel simply want to go out, do our jobs and protect our communities. We praise Congressman Higgins for his service, his leadership, and his lifelong dedication to law and order and standing up for those who keep us safe.”