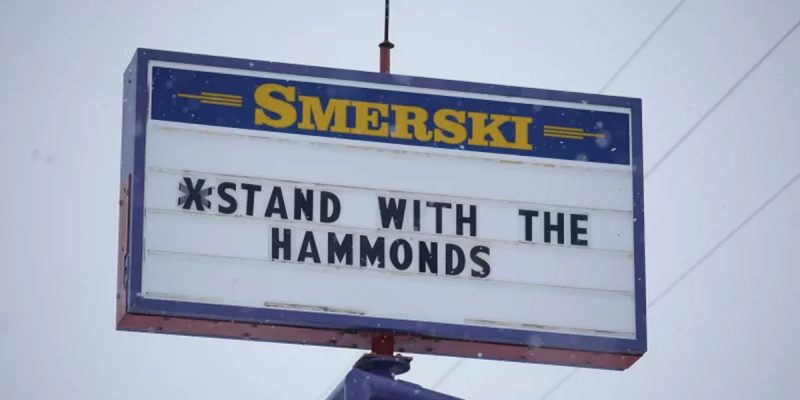 It turns out that your author covered the case of Dwight and Steven Hammond, the Oregon ranchers sentenced to five years apiece in prison for “arson” under a federal anti-terrorism statue which resulted in a standoff at a federal bird preserve in 2016 and who were just issued a pardon, in an American Spectator column.

From that piece, here’s what happened to the Hammonds and why President Trump’s grant of executive clemency is completely appropriate.

The BLM, and in particular its regional office in Oregon, has engaged in a long pattern of attempting to squeeze private landowners off their property and gobbling up real estate adjacent to federal holdings. In the case of the Malheur bird preserve, this has included abusing water management in order to flood private lands and make them useless, so the owners in desperation agree to sell. But the Hammond family have been a holdout among local ranchers, to such an extent that their property is surrounded by federal lands and they have dealt with the BLM blockading roads leading in and out of their ranch.

In that environment, it’s sadly less than surprising that the BLM and the federal government threw the book at the Hammonds over a pair of fire-related incidents in 2001 and 2006 and found a way to put them in prison. Hammond père and fils were actually convicted under a significantly inappropriate federal anti-terrorism statute carrying a five-year minimum sentence, and the trial judge was so offended by the idea of five years for what they actually did that he refused to impose it — giving Dwight a three-month sentence and Steven a year.

The judge, Michael Hogan, was so lenient likely out of a sense of shame that he allowed the prosecution to go forward in the first place. For the “terrorism” in question was a pair of incidents where the Hammonds started fires on their own land only to have those fires cross into the bird preserve and touch small amounts of federal grassland. In both cases the fires were put out by the Hammonds themselves; the 2006 fire was actually lit as a back-burn intended to protect Hammond property and their ranch-house from a wildfire started by lightning strikes, and it was successful in doing so.

Hogan also ran a fairly kangaroo-court style proceeding, giving the prosecutors six days to present their case and the defense just one. A jury confused and exhausted by the trial acquitted the defendants on most of the 19 charges. The judge brokered a plea agreement in the case, in which the Hammonds agreed not to appeal the case and also — this is key — to agree to a right of first refusal for the BLM to buy their property.

Dwight and Steven Hammond served the sentences Hogan imposed, and went home to the ranch in an effort to keep it alive.

And meanwhile, Oregon’s horrifically unqualified U.S. Attorney at the time, a leftist moonbat named Amanda Marshall — raised in a commune and reared on Grateful Dead concerts and socialism and plucked for the job out of a child advocacy sinecure in Oregon’s state bureaucracy in a pristine example of runaway affirmative action by the Obama administration — refused to accept the sentences or the plea agreement. The Department of Justice actually appealed the case and managed to get a ruling from the 9thCircuit Court of Appeals imposing the mandatory five-year sentence. And in stupidity typical of the 9thCircus, the court reasoned that violating the spirit of the principle of double jeopardy (not to mention the plea agreement) was justified in this case, as Jacob Sullum notes, because other more absurd results based on mandatory minimum sentences were not overturned.

In the meantime Marshall had to resign as U.S. Attorney amid allegations that she was stalking an employee in her office that she might or might not have forced into a sexual relationship before he broke it off (reports about the resignation surely leave that impression).

Trump’s pardon of the Hammonds is a major affront to the Left, which engaged in a level of hyperbole over the protests at the bird preserve which showed just how bloodthirsty some of them are. At the end of the day that protest was little different than what the Occupy movement does, other than when Occupy stages a takeover of the ICE office in Portland it’s written up in the press as a blow struck for humanity and decency and when the Bundys and their supporters show up at the headquarters of the Malheur Bird Preserve to protest the Hammonds’ imprisonment, and one of the protesters, LaVoy Finicum, is shot dead it’s evidence of home-grown American terrorism.

Bringing the Hammond episode to a peaceful close with that pardon is a good step. A better one would be to end the practices of the Bureau of Land Management which brought on their nightmares and those of the Bundy family. Better even than that would be for the Trump administration to sell off that federal land as fast as it can, in order to put it into commerce and lessen the stranglehold the feds have on western states like Nevada, Oregon and Utah – a process which has in fact begun.