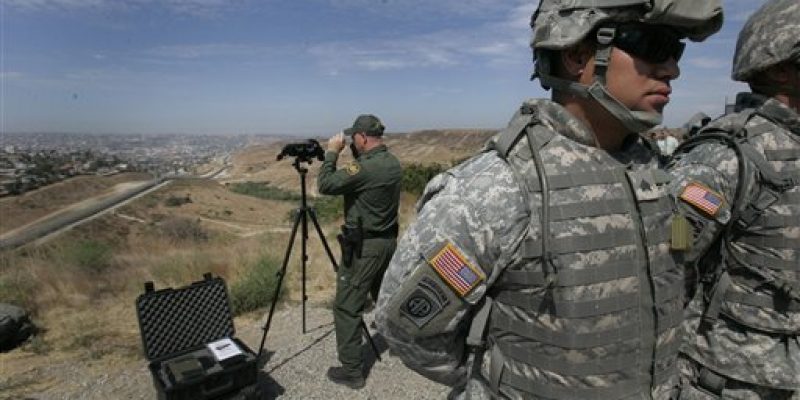 The U.S. Customs and Border Protection (CPB) announced this week that the National Guard’s deployment to the southwest border in mid-April led to 10,805 “deportable alien arrests.” The illegal aliens had attempted to enter the U.S. through Mexico.

Guardsmen are military personnel, not law enforcement officers, so they cannot apprehend illegal immigrants– they can only help identify them to law enforcement. Their presence helped the CPB intercept more than 3,300 people who were turned away from illegally entering the U.S., the Washington Examiner reports. National Guard deployment also helped law enforcement seize 11,686 pounds of marijuana.

CPB states that there are 1,601 National Guard troops at the border. They perform a range of duties including providing air support, surveillance backup, and assistance with road maintenance, infrastructure projects and providing administrative support, freeing agents from their desks to go out in the field. The troops also monitor remote video surveillance systems and report sightings to agents in the field. Their assistance has enabled agents to apprehend more illegals.

The deployment is funded through the end of fiscal 2018, Sept. 30. On April 4, President Trump made it possible for 4,000 more National Guardsmen to be called on, as needed.

Interested in more national news? We've got you covered! See More National News
Previous Article Forbes Unloads On The TP’s “Fake News” Julia O’Donoghue
Next Article One Day In, The Most Interesting Developments In Louisiana’s 2018 Qualifying Are…