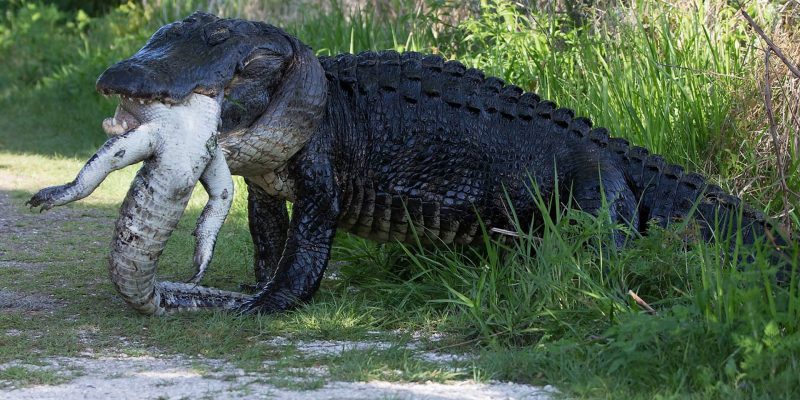 A mother alligator near her nest in the Ocala National Forest in Florida felt threatened by a 15-year-old girl who was floating on a raft. The river in Alexander Springs park inside the national forest, is filled with alligators, and this teen floated for her life away from the protective mother.

Jordan Broderick made it to a tree, and stayed in it for about an hour until a Sunshine State lawman equipped with a Bushmaster, rescued her.

She was able to call her mother, who called 911 saying, “My daughter’s stuck in a frickin’ tree and there’s gators surrounding her!”

Lake County Deputies responded and Deputy Mitch Blackmon was left with no other option than to kill the mother gator. He wrote in his incident report, “My presence failed to scare the alligator away, and it began encroaching on my area at which time I fired one single .223 round from my Bushmaster AR15 killing the alligator.”

The Washington Post reported that the gator was later recovered with a bullet wound in its head. A Sheriff’s Office spokesperson said it was nine-foot long and her nest was found nearby.

Interested in more national news? We've got you covered! See More National News
Previous Article Kenny Matassa Just Got Off
Next Article The 2019 Gubernatorial Electoral Scenario That Keeps Me Up At Night…