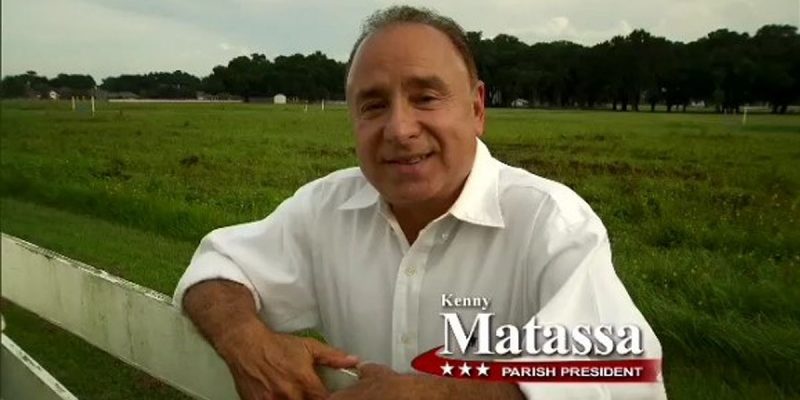 In a development which broke a few minutes ago, Kenny Matassa – the Parish President in Ascension – won a motion for acquittal in his corruption trial.

Parish President Kenny Matassa has been acquitted of charges after the trial wrapped up Wednesday afternoon.

Matassa’s attorney made a motion to acquit during the trial, and the motion was granted.

Matassa was accused of bribing Gonzales City Council candidate, Wayne Lawson, to get him to withdraw from that race back in 2016. Lawson made recordings of that exchange, but the state could not get those tapes admitted as evidence until the second day of the trial.

Matassa and his attorney, Lewis Unglesby, maintain the cash exchange was a “friendly loan” to Lawson, who had “fallen on hard times,” according to Matassa’s political ally and co-defendent, Olin Berthelot.

Berthelot is also accused of bribery in this case. He agreed to testify for the state in exchange for a lighter sentence. The state questioned Berthelot, who corroborated Matassa’s claims. The state’s line of questioning was not aggressive and the answers did not reflect poorly on Matassa.

The acquittal wasn’t a major surprise, but it came despite the fact the Louisiana Attorney General’s office prosecuting the case was able to introduce audio evidence of the transaction taking place and Berthelot, the co-defendant, testifying that money paid to Lawson was Matassa’s.

It is what it is. Judge Thomas Kliebert let Matassa out even after the audio evidence was introduced. Apparently it’s not illegal to bribe somebody with an offer of parish job and $1200 in cash for repairs to a food trailer to get out of a political race in Louisiana.

So now we know whether Louisiana is serious about policing political corruption. The answer is, flatly, no.

Interested in more news from Louisiana? We've got you covered! See More Louisiana News
Previous Article The Baton Rouge Democrat Attempt At A Metro Council Power Play Appears To Be Over…
Next Article Sheriff with AR15 saves teen from Florida gator [video]