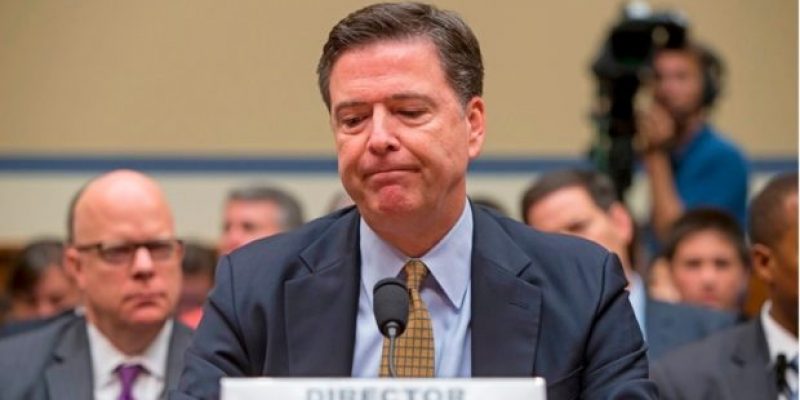 Naturally, the FISA warrant release happened on a Saturday – not even as a Friday news dump, a Saturday news dump – so as to try to hide it from the public. We’re not sure that’s working, as it’s been a hot topic on social media all weekend and certainly this morning.

But in case the legacy media’s reporting on the revelations, which we have thanks to the diligent work of Judicial Watch who unearthed them through FOIA requests, is a bit sparse, here’s what’s in them (with a hat tip to Jeff Dunetz at The Lid, who did an excellent job of poring through the application over the weekend)…

THE FISA WARRANT CAME FROM THE STEELE DOSSIER

The application refers to a “Source #1,” whose information seems to be what the document is based on either in major part or in full. There are news articles mentioned in the document, but in every case we could find those all trace back to the work product of Source #1 – who we know is Christopher Steele and his fraudulent dossier on Donald Trump paid for by the Hillary Clinton campaign through Fusion GPS.

There is no other source for the information in the FISA application. It’s the dossier, washed through as many secondary sources as possible to appear verified.

For example, in the application it’s contended that Carter Page met with Igor Sechin, a very close ally of Putin, and  someone named Igor Nikolayevich Divyekin. The only source for this allegation is Steele, and Page vigorously denies it.

THE APPLICATION OBSCURED THE GENESIS OF THE INVESTIGATION

The U.S.-based law firm is Perkins Coie, working on behalf of the Clinton campaign, and the “identified U.S. person” is Glenn Simpson of Fusion GPS. The application is clearly intentionally attempting to hide these facts by use of unclear language when all involved knew the entire nexus of Perkins Coie, Fusion GPS and Steele was that they were working on behalf of Clinton.

We have this, from the application for a third reauthorization the FISA warrants AFTER Trump had been elected…

It appears that Steele became angry about James Comey having gone public with the Weiner e-mails and his re-opening of the FBI investigation into the Clinton e-mail case in October, and that’s when he went to the media with his dossier. That got him fired by the FBI, which had paid him as a source for the Trump administration.

Steele was the only source for the material backing the FISA application. Several months after the fact there was still nothing else behind it. It was known that Steele was working on behalf of the Clinton campaign. And they still stood by him as reliable.

That’s just a taste of what came out of these documents.

Fox News’ Andrew McCarthy, who had been saying that there had to be some meat on the bones of the warrant applications, changed his tune after their release over the weekend…

In sum, what’s contained in the application documents Judicial Watch uncovered confirms that the memo sent by House Intelligence Committee chairman Devin Nunes, who has been excoriated as a liar since speaking out about the abuse of the FISA process involved here, is vindicated. Nunes was correct.

At this point it’s time for an official investigation into the genesis of this warrant application. It’s time to start sweating people up the chain and find out how high the decision to drum up the Trump-Russia narrative went.