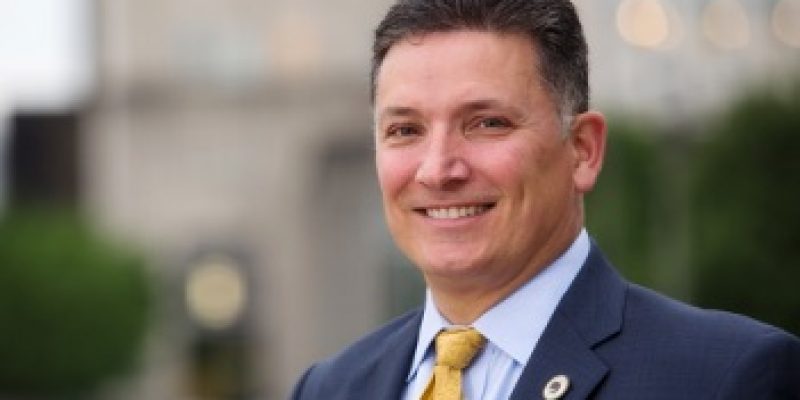 Capital outlay projects, large-scale expenditures, are generally funded through the issuance of debt. This type of funding is usually excluded from the state’s budget allocation for discretionary spending. The State Bond Commission, a panel comprised of legislators and administration officials vote to determine whether or not to fund various projects.

Schroder argued that Louisiana officials are approving and funding more projects than it can afford. He said:

“Look, I’ll commend the administration on this – we have shortened that list of our wants. But what we’re spending hasn’t gone down any. We’re increasing it every year. … Each year, although our wish list is shorter, what we’re spending is not. And somehow we have to get a grip with that. And as treasurer, and many of you have heard me talk about this, it’s a debt. A debt is a problem, and it continues to grow.”

Bond Commission Director Lela Folse explained that the debt calculations were based on state revenue forecasts provided by the Revenue Estimating Commission. She said:

“If [the December 2018] REC forecast is similar to the June 2018 REC forecast, the amount of [general obligation] bond prices that can be raised under that limit is projected to be $465 million annually. The cost of issuing new debt impacts the operating budget, and it is anticipated that new GO bonds will need to be issued this fiscal year to fund cash lines of credit.”

Taking on hundreds of millions of dollars of more debt is in addition to the debt the state is still paying for from previous years.

Folse told the commission that Louisiana’s per capita debt has reached $1,627 per person, an increase of $12 over 2017.

Schroder expressed frustration that the Bond Commission was being asked to approve an additional $654.6 million in lines of credit for state-focused capital outlay projects, local governments, and nongovernmental organizations…

“We do do things as a state and bond out things that other states don’t bond, specifically nonprofits. We spend where other states would take that same amount of money [and] they’d be spending it on state priorities. We don’t, because I guess we’re a rich state. We can afford to spend on a lot of different areas, except where our priorities are.”

Sen. J.P. Morrell, D-New Orleans, the Senate Revenue and Fiscal Affairs Committee Chair, who also serves on the Bond Commission, took issue with some of Schroder’s argument. “How much debt the state owes from capital outlay and our bonded capacity is dwarfed by at least six times by the pension liability,” said Morrell. “I completely agree that we have a severe problem with our per capita debt, when you try and compare us to other states as far as where they are in debt. It’s not simply based upon how much they’re bonding versus how much we’re bonding, when Moody’s and S&P factor in our per capita debt, they factor in all liabilities. And we’re a state that for 50, 60 years has not tackled pension reform.”

Another commission member, Jay Dardenne, emphasized that the current limits based off the REC estimates were much more fiscally responsible than what had existed before those limits were imposed in the early 1990s, Watchdog.org reported.

“There’s no question it was out of control,” he said. “It was not a reasonable way to try and manage the the people’s money or the people’s debt. … But so long as there’s an appetite with the administration, with the Legislature, and with the public to engage in capital outlay projects, we’re going to have debt. I mean, it’s the nature of what you do, is some projects roll off and get paid. You bring other projects on to do things that are good for the people of this state.”

The commission voted to approve the lines of credit by a vote of 9 to 4, with Schroder opposing.