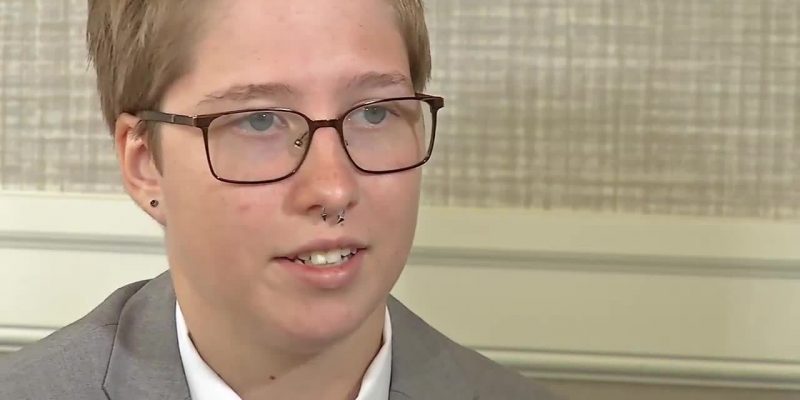 A federal judge ruled that 18-year-old “Drew” Adams, a biological girl, can use the boy’s bathroom at Nease High School in Ponte Vedra Beach, Florida, for her senior year in high school. Citing a district policy, the school required her to use a gender-neutral bathroom.

Adams posed no threat to the safety or privacy of other students and the law required him to be treated “like any other boy,” U.S. District Judge Timothy Corrigan said in his ruling. “Rather, Drew Adams is just like every other student at Nease High School, a teenager coming of age in a complicated, uncertain and changing world.”

Except Adams isn’t a boy. She’s a girl.

The Florida Times-Union reported that Adams “came out” as transgender her freshman year of high school, underwent surgery and began hormone treatment. Adams’ wanted more than just a transgender bathroom established just for herself. Having her own bathroom wasn’t enough.

She and her mother sued the school district, seeking a court injunction to its policy. Adams’ argued the policy was unfair– she shouldn’t be treated differently from other boys– just because she was born “with female sexual organs.”

Omar Gonzalez-Pagan, an attorney for Lambda Legal, which represented Adams, has a warning for every other school in Florida:

“This is a clear warning to every school school district in Florida and across neighboring states that if you have a policy that discriminates against transgender students, then you are subject to being sued and are likely to lose.”

No one seems to care about her mental health. The fact that she suffers from gender dysphoria and that she is forcing everyone else to conform to her distorted perception of herself.

She argues she is being discriminated from being a boy– when in fact she is not a boy at all.

What is wrong with her mother? With this judge?

Parents of other children must stand up to this nonsense. It is unfair for their children to be subjected to such insanity.