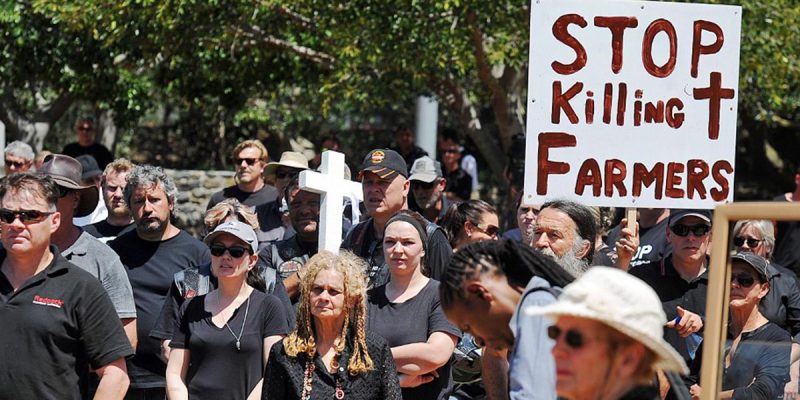 The power of patriotism will guarantee a ceaseless loyalty to one’s homeland. America can rest assured of the allegiance of the citizens within our borders as long as patriotism remains in high supply. However, an unyielding love for one’s country does not restrict an ability to look inward with a critical eye of the forces at home. Nor does patriotism withhold one’s access to investigating political mechanisms at play in other countries. Our immigration policy, with a particular eye toward the asylum status afforded to people potentially taking advantage of our generosity, is an example.

A great ideological divide separates Russia and the United States on many fronts. Ever since the close of WWII, Russia has been our seemingly eternal competitor. It would be unfortunate if this natural animosity made America and her people too stubborn to look into Russian practices with a keen eye. Thankfully, this was not the case during the Kennedy era, or else a real nuclear threat may have never been unraveled and adequately dealt with in Cuba.

While there are no immediate explosive actions to be exploited today, there are more long-term consequences to be examined by the divergent policies of these two global superpowers. A matter of rather particular interest is the dichotomy of U.S. and Russian asylum policy.

Russia has recently moved forward to act on the escalating plight of the Boer farmers in South Africa. Boers have owned and farmed lands in this region since the 1600’s, passing down a highly honed knowledge and skill over a dozen generations. Tragically, these farmers have been subject to growing aggression in recent years. In 2016-17 there were 74 farm murders and 638 attacks, primarily targeting the Boers, according to a minority rights group AfriForum.

The situation has since heightened, as South African President Cyril Ramaphosa is now pushing for a constitutional amendment to allow land expropriation without compensation. This means that the Boers are in line to have their land rights forcibly stripped by the government without any monetary reimbursement.

Vladimir Poluboyarenko, a regional Deputy Commissioner for human rights in Russia, has suggested that Stavropol, Russia is ready to settle up to 50 Boer families. There is also a plan being further developed to settle about 500 Boer families in the area with their own cattle to begin farming. So far, a total of 15,000 Boers have expressed an interest in moving to Russia.

Accepting the Boer farmers is not just a humanitarian effort, but a very strategic move by Russia. These farmers are arguably some of the best on the planet, having an impeccable skill to add to the Russian economy. South African land reform minister Gugile Nkwinti acknowledged that of the farmland already seized, “now more than 90% of those [farms] are not functional,” in the absence of the Boers. This does not take into account the likely extreme decrease in output of those farms still deemed functional.

There is a real quantifiable increase expected to the national effort with the addition of this elite class of farmers. These people have honed in an exceptional talent for farming that is built upon hundreds of years and lifetimes of experience and knowledge. Russia has developed a compelling asylum program that orients its aid to human tragedy around what is in Russia’s best interest.

Back on domestic soil, U.S. asylum policy has been growing continuously since its inception. Our target is to provide refuge to individuals persecuted for either their race, religion, nationality, membership in a particular social group or political opinion. This persecution has traditionally been required to originate from public administrative forces. Individual, person to person persecution would cater to rogue occurrences, where whims of the psychological outliers of any populace lash out at members of their community.

However, this has not kept the U.S. from expanding the asylum program to cater for these cases. The U.S. now caters to so many different pleas that over the last few years a rush of migrants has lead officials to hand out 400,000 work permits to asylum seekers. The policy is so inclusive that it now acts as an open door for anyone to make a claim, and then be let into the country. A substantial majority of these individuals do not show back up to court, and many claims are eventually deemed to be fraudulent.

Even with all this knowledge, establishment figures are seeking to expand the policy further. Rep. David Price (D-NC) and Rep. Kevin Yoder (R-KS) are pushing to legislate two new asylum rules that would legitimize claims for those fleeing the personal plight of domestic abuse and gang violence. This has been approved by GOP-majority House Appropriations Committee, and is currently moving forward through the legislative process.

Mark Krikorian, director for the Center of Immigration Studies, touched on this latest move suggesting, “what this appropriations committee is saying is… that the [immigration agency] has to keep letting in people who are claiming asylum even though they are very unlikely to get asylum.” In truth, achieving legal asylum status has been proven not to be a top priority for these applicants.

The Department of Justice found that 88% of foreign nationals avoid immediate deportation when simply claiming a credible fear. Once released into the U.S. only ½ of these individuals end up filing for asylum status, and the rest join the growing illegal population. For those released into the country, over 90% do not show back up for their court date.

America has developed an asylum program so extensive that it is being abused at every station. No real analysis is made on whether or not these migrants will bring further prosperity to the nation. In the same respect, a great effort is often made to veil any converse effects unfettered asylum permittance has on the American project.

When a nation grants asylum to a particular class of individuals, there exists the opportunity to look at the situation from two angles.

The first, and often iterated in U.S. political discourse, is, “what traumatic living conditions would make one eligible for asylum?” This is a pure, 100% humanitarian perspective. There are those particularly tragic cases in the world that would benefit greatly from being granted safe harbor into our nation. America has the ability to radically transform these lives for the better, and it is our passionate outreach that makes this happen.

The second angle, and ideologically untouched by U.S. politicians, is, “how can humanitarian aid be provided while preserving the interests of the nation?” This approach is much more comprehensive than a contemplation on what kind of global human suffering will the nation lend its effort. There would occur a type of investigation into the unfortunate cases around the world firmly footed in a primary national objective. On this ground, how these people would in turn mutually benefit the national project would be a necessary a featured part of the asylum equation.

A public debate on these two divergent strategies would at the very least be philosophically enlightening to the American public at large. Whether or not this occurs, there exists two powerful nations that are playing out the experiment of which asylum policy is in concordance with a prosperous national future. Which strategy is superior, time is sure to reveal.