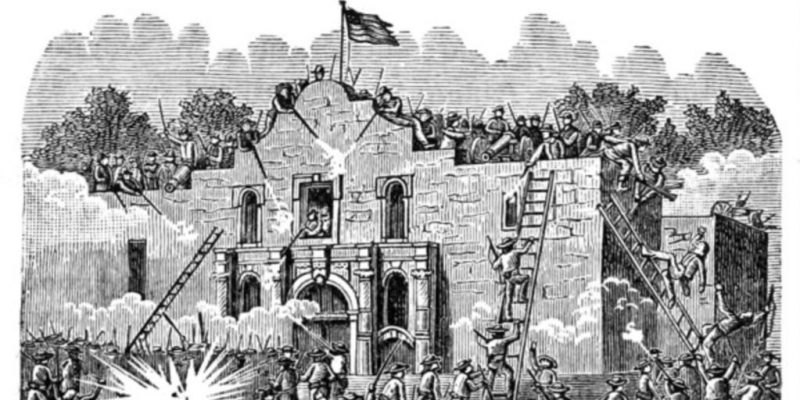 The soul of American history has been subject to ongoing reinterpretation. If it cannot be smoothly altered to fit some kind of progressive interpretation, it is often just removed entirely. Thus have many statues and monuments been torn down in the name of their evil aura. Recently, developments have taken place within Texas education. It is now to be questioned whether or not the defenders of the alamo were in fact “heroic.”

A committee, made up of educators and historians, have pushed forward a Texas history curriculum that will remove the word “heroic” as a descriptor of Texans who knowingly embraced death at the Alamo in order to defend their land, freedom, and families. Their reasoning for removing the word is because it is “a value-charged word.”

The curriculum currently reads as follows:

explain the issues surrounding significant events of the Texas Revolution, including the Battle of Gonzales, William B. Travis’s letter “To the People of Texas and All Americans in the World,” the siege of the Alamo and all the heroic defenders who gave their lives there, the Constitutional Convention of 1836, Fannin’s surrender at Goliad, and the Battle of San Jacinto.

The changes to the curriculum would read as follows:

explain the issues surrounding significant events of the Texas Revolution, including the Battle of Gonzales, the siege of the Alamo, the Constitutional Convention of 1836, Fannin’s surrender at Goliad, and the Battle of San Jacinto and Treaties of Velasco.

The proposed change is quite explicit. History is to be revised so that young Texans today are not taught to look at their ancestors with admiration for the blood they spilled. Texas monthly reports, “The state board does not control curriculum in Texas, but they do set the standards that are the foundation of the state’s curriculum. And, in this case, they are addressing complaints that the standards in a variety of courses are too long. So committees of educators and interested parties such as historians have been reviewing the standards with the goal of streamlining them. In the case of standards surrounding the teaching of the Texas revolution, including the Battle of Alamo, the committee estimates it will shave off 90 minutes of teaching time.”

For the sake of 90 minutes of teaching time, teachers are suggested to refrain from any talk of heroism. The motion to change the curriculum will go through on Tuesday.