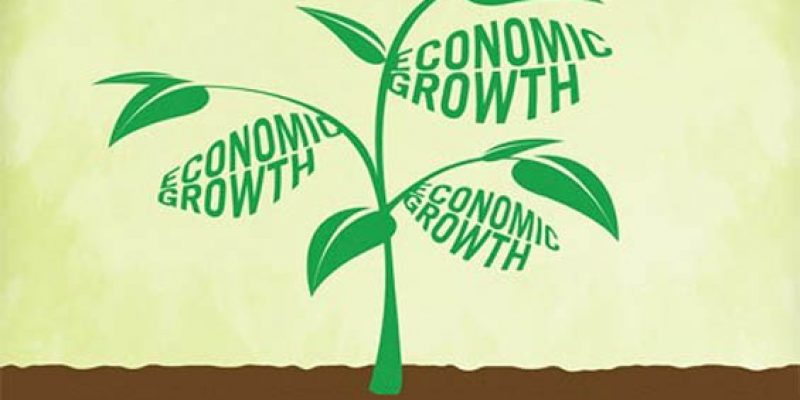 A best and worst ranking of states’ economies produced by financial website 24/7 Wall St. and published by USA Today ranks Louisiana 48th in the U.S. for its economic strength, or lack thereof.

The report attributes the Pelican State’s ranking to widespread joblessness and a decline in economic output. Louisiana’s 4.7 unemployment rate is tied as the fourth highest in the country, greater than the national rate of 3.8 percent. Louisiana’s five-year annual employment growth rate is 0.4 percent, representing the second smallest increase in the country.

“Over the last five years, the state’s GDP declined by an annual average of 0.1 percent – the third lowest five-year change of all states,” the study’s authors, Michael B. Sauter, Samuel Stebbins and Evan Comen, wrote. “The decline in economic output came despite a 1.8 percent population increase over the same period.”

The state’s struggle occurs at a time when the national economy, the authors write, is “the strongest it has been in decades,” exemplifying “the second longest period of GDP growth since World War II.” The disparity between economic boom and bust depends on the state, which the authors argue must be able “to support its population – with jobs, education, and economic opportunities. Economic vitality is as much about growth as it is about a state’s ability.”

The more employed and better-paid and better-educated residents are, the more they will contribute to economic growth, they add.

“Once again, another ranking shows what Louisiana job seekers and working families know all too well: jobs are hard to come by and the economy is stagnant, even while most of the rest of the country is experiencing the benefits of a booming job market and economic growth,” Daniel Erspamer, CEO of the Pelican Institute, told Watchdog.org. “We’re one of only three states to have averaged economic decline over the last five years, and we have the fourth highest unemployment rate in the country as of June.

“All the while, our elected officials in Baton Rouge continue the status quo: higher taxes, more spending, and a climate of lawsuit abuse. Tinkering around the edges won’t do for Louisiana. The only thing that will bring jobs and opportunity back is to tackle fundamental reforms to state government. Louisiana families should demand better.”

According to the report, Louisiana is one of several states with largely resource-based economies to rank among the bottom five. The state’s employment in resource extraction is higher than the average nationwide, and petroleum refining and petroleum and coal products are the state’s largest exports, it notes. The authors suggest that the global drop in oil prices from 2014 to 2016 likely contributed to economic stagnation.

The report points to the state’s five-year GDP annual growth rate of -0.1 percent, representing the state with the third largest decrease. Louisiana’s GDP in 2017 was $207.9 billion, the 25th largest in the U.S.

Critics take issue with the report’s analysis of population increase, pointing to U.S. Census records that reflect a decrease. While estimates indicate that Louisiana’s population grew by 3 percent from 2010 to 2017, but factoring in those who have left the state over the past two years, Louisiana has actually lost 3,648 people, a number The Times-Picayune predicts will increase to 7,000 by 2020.

Despite the population decrease, critics identify positive points for the state. The Greater Baton Rouge Business Report notes that Louisiana’s GDP grew 2.3 percent during the first quarter of this year, greater than 35 states’ growth rates. It was the state’s second straight quarter of growth.

Stephen Waguespack, CEO of Louisiana Association of Business and Industry (LABI), told Watchdog.org, “Our nation’s economy is booming in light of actions at the federal level providing regulatory and tax relief, so it’s frustrating to see Louisiana’s economy lagging and our unemployment at the fourth highest in the nation. Indeed, a rising tide lifts all boats, but it seems we’re anchored by the weight of anti-business policy coming out of Baton Rouge. Rather than the innovation and reform we need, we limp to the next fiscal year with stopgaps and the status quo. Louisiana deserves better.”

“Above all, we need to stop pumping money into the same old strategy that continues to fail us,” Waguespack said.