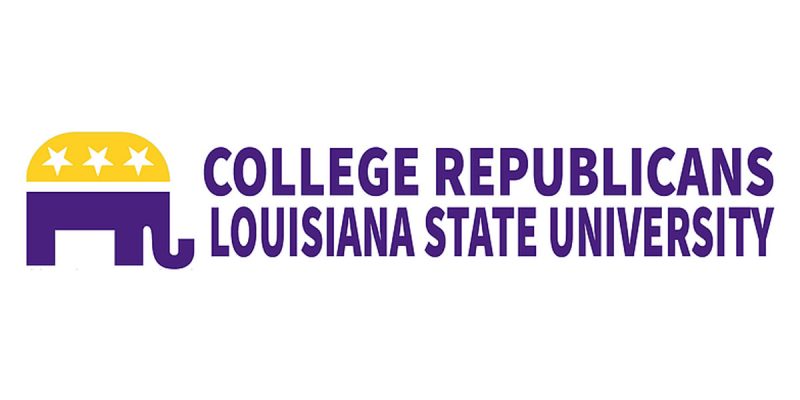 With the insolent screeches of leftism drowning out much, if not all, right-wing rhetoric on college campuses nationwide these days, it’s always reassuring to see young conservative voices having an avenue of free expression in our scholarly institutions.

As young republican outreach initiatives seem to be on the rise, LSU seeks to revamp their College Republican organization to restore it to its former glory. In 1988, the LSU College Republicans had roughly 8,000 members, but now only hails about 40 members.

LSUCR President Joshua Tucker of Pineville, Louisiana cites the lack of enrollment as apathy among college students rather than conservatism being a minority ideology on the campus, further stating that “students aren’t as politically engaged as they used to be.” Again, the campus organization aims to change this.

Despite being in the minority, LSU’s leftist voices have a bit of a reputation for being raucous. With protests and rallies promoting left-wing ideals, conservative bumper stickers getting ripped off cars, and even a professor calling the republican organization “Nazis,” it’s understandable that many students would be hesitant to join a political organization that defies these voices.

At the time of the presidential election in 2016, a poll was taken on LSU’s campus regarding for whom students would vote—Donald Trump garnered over 10% more votes than did Hillary Clinton, and Libertarian Gary Johnson received about 13% of the votes overall, exemplifying the notion that the left wing is weaker than it seems on the campus.

LSUCR has plans for the future but needs the help of the student body and the community alike. The group plans to host events such as panel discussions, guest speakers (such as two possible senators and potentially Congressman Garret Graves) and more. As far as students go, if an individual would like to join, they can visit Tigerlink, and, directing themselves to LSUCR, can email either the organization or the president. The dues are $5, but if a non-student would like to support this young republican effort, they can make a donation here (https://secure.anedot.com/lsu-cr/lsucr-2018).

With the organization nearly dead in the water up until the past year or so, LSU College Republicans hopes to grow their numbers and support but can only do so if people choose to ignore the voices on the left and promote the activities and principles of the group, both in an enrollment and a financial sense. Given the potential success of this avenue of youth engagement, Louisiana and America alike are sure to see many more republican victories in the years to come.

Interested in more national news? We've got you covered! See More National News
Previous Article Why Jeff Landry Can’t Investigate Pedophile Priests And What It Has To Do With Political Corruption
Next Article CROUERE: Trump’s Top 10 To-Do List