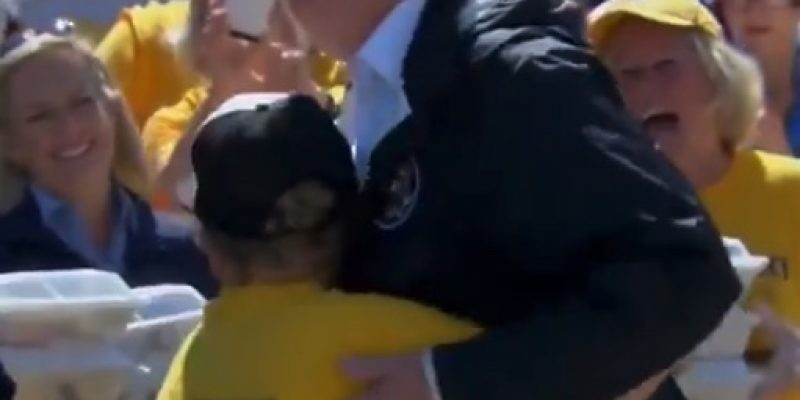 Trump also visited Temple Baptist Church and joined volunteers handing out pre-packaged meals to storm victims. As he passed out supplies, one boy went up to him and asked, “Can I have a hug?”

“Yes!” Trump said enthusiastically, embracing the boy to the delight of the crowd.

“You did a good job,” Trump said, referring to the boy’s mother before taking a picture with the boy.

“Now you made me cry!” noted one of the woman volunteers.

Pres. Trump embraces young boy while handing out meals to families at a relief center in North Carolina. https://t.co/Y96wkSeJJF pic.twitter.com/ZUFsRnYyu8