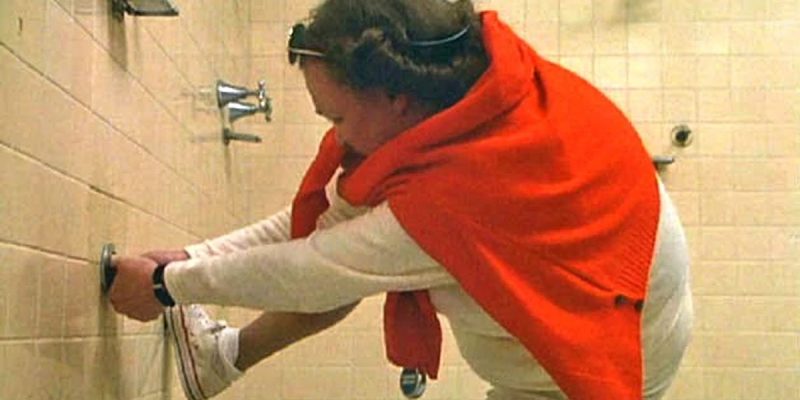 At this point it’s worth wondering how many of the great comedy movies of the 1970’s and 1980’s today’s Democrats are going to turn into precursors of actual political events.

Tonight, with the Deborah Ramirez allegations, it appears the current movie reference will be Porky’s, the politically correct and wildly hilarious flick written and directed by Bob Clark.

Ramirez, like Christine Ford a partisan Democrat who describes herself as a social justice warrior, is featured in a New Yorker article containing the claim that when she and Supreme Court nominee Brett Kavanaugh were freshmen at Yale, he exposed himself to her at a drinking party. The claim comes backed up by a smattering of corroboration which is lacking in Ford’s case (Ford has named four people she says were at a party where Kavanaugh supposedly sexually assaulted her, and all four of them have rejected her allegations outright) – except, as Joe Cunningham notes at RedState, even New Yorker writers Jane Mayer and Ronan Farrow don’t seem too convinced of this story.

Now, this is the difficult part: In the modern era, it is considered improper to cast doubt on the accuser, but the story itself seems to do so – it frequently acknowledges that there are major gaps in Ramirez’s memory, and the so-called witnesses seem adamant that it didn’t happen.

The New Yorker has not confirmed with other eyewitnesses that Kavanaugh was present at the party. The magazine contacted several dozen classmates of Ramirez and Kavanaugh regarding the incident. Many did not respond to interview requests; others declined to comment, or said they did not attend or remember the party.

So, right away, we see that the writers – Ronan Farrow and Jane Mayer – struggled to get eye-witnesses of the event. The closest to confirmations they can attain are from people who were not at the party.

This is a pretty major accusation that the New Yorker has tossed out there, and no one (much like in Ford’s case) other than the accuser can confirm it. The only eyewitnesses we have on the record vehemently deny that such events took place, but that hasn’t stopped the speculation, as well as the calls for Kavanaugh to be disqualified.

I do not know why the New Yorker would have run this, other than as a political hit. Everything that NBC claimed Farrow’s story on Harvey Weinstein was – not well-sourced, not ready to go live – perfectly describes what this story is. And, given Farrow’s work in the Weinstein story, as well as other #MeToo stories, this piece is far below the quality that he normally provides.

That lends credence to the idea that this was little more than a hit. It’s impossible to say for certain, but if you’re looking for credible allegations against Kavanaugh, then seek them elsewhere. This piece by the New Yorker is not one of them.

It seems like a rather flimsy allegation, but even if it’s to be believed – are we really going to judge a man with as distinguished career as Kavanaugh’s by drunken behavior he may have exhibited as a freshman in college there is no evidence of which has any recent recurrence? Yes, it’s quite apparent the Democrats will stop at nothing to defeat Kavanaugh’s nomination, and their allies in the legacy media are clearly on board with that project no matter how destructive and transparent their bias becomes. But while Ford’s allegations – which are clearly not true; going 0-for-4 on corroborating witnesses more or less removes all doubt about their veracity – would cast something of a permanent stain on Kavanaugh’s character, this seems a lot more like harmless and stupid hijinks we’re only making a big deal about because of partisan politics.

That being said, there is a method available by which the truth of Ramirez’ allegations can be sussed out. That’s where the Porky’s reference comes in…

Interested in more national news? We've got you covered! See More National News
Previous Article BAYHAM: Judge Kavanaugh And The Death Of Democracy
Next Article AVALLONE: When It Comes To Running Things, “D” Stands For Disaster