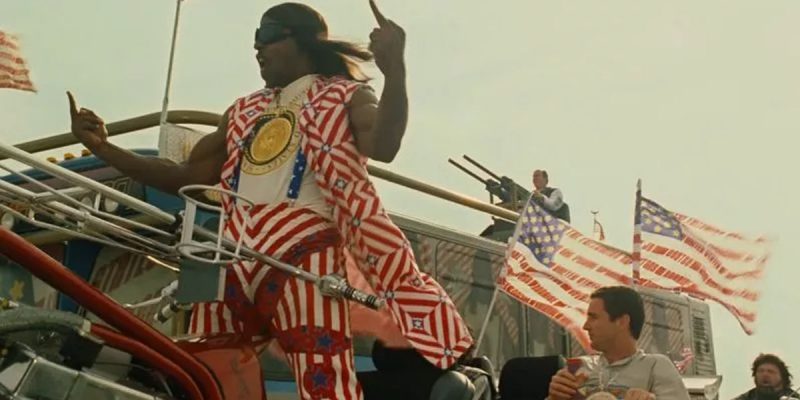 We weren’t going to waste our time doing anything on this nothingburger of a story, but all day long Monday we watched in bemusement as it began spiraling into a full-fledged culture war and a racial tinderbox. We’re learning that Nike is now somehow a symbol of black racial pride in New Orleans; who knew?

In case you don’t know what’s going on here, as a response to the Nike marketing campaign starring Colin Kaepernick, Kenner mayor Ben Zahn put out a memorandum to Chad Pitfield, who is the city’s recreation director, blackballing Nike products from the city’s sports programs and other activities.

The Kenner memo says that, effective immediately, all purchases of clothing, shoes, athletic equipment or any other athletic equipment by booster clubs operating at city recreation facilities must be approved by Pitfield or his designee.

“Under no circumstances will any Nike product or any product with the Nike logo be purchased for use or delivery at any city of Kenner recreation facility,” according to the memo, which is on official mayor’s office letterhead and signed by Zahn. It makes no reference to the Nike campaign.

This is the kind of cotton-candy political posturing that Democrats have turned into the whole of their activity where it comes to governance, and you’re free to see what Zahn is doing as either (1) giving them a taste of their own medicine, without which the current epidemic of stupidity will never end, or (2) sinking to the level of, say, the New Orleans City Council – which earlier this year created a wholly-avoidable fiasco by embracing the anti-Israel virtue-signaling BDS movement.

Whatever you might think about Zahn’s actions, though, the level of blowback coming out of this decision has to be a surprise. The “other side” has gone absolutely nuts over it.

First came Kenner City Councilman Gregory Carroll, who on Sunday unleashed this screed on his Facebook…

And at that point we were going to have “protests”…

And naturally, the “rally” on behalf of a multinational corporation that until five minutes ago was criticized for using child labor in inhumane conditions to make its products was peppered with celebrity – most notably, Saints players Terron Armstead, Cam Jordan and Craig Robertson. Jordan and Robertson, of course, are members of a defense surrendering a Tampa Bay Buccaneers franchise record-tying 48 points with a backup quarterback on the field in Sunday’s disgraceful loss; their presence amid this burgeoning political streetfight has to be the absolute last thing anyone in the Saints’ PR department could possibly want to see.

And then came the coup de grace – which is LaToya Cantrell, New Orleans’ mayor and a key figure in the BDS city council disaster earlier this year, jumping in to lecture Zahn about “values.”

“As I have emphasized repeatedly since taking office: I believe in the values the people of New Orleans stand for — being inclusive, being accepting and supportive of all our people, committing to social justice, and being intentional about how we make decisions,” said Mayor Cantrell.

“The mandate handed down by Kenner’s mayor is out of step with those values, and not reflective of the way our City does business. Although the Louis Armstrong New Orleans International Airport is located in Kenner, it is owned and governed by the City of New Orleans. Let me assure you that our airport will continue to uphold our City’s values.”

This entire fracas is evidence that the country is enmeshed in a spasm of idiocy, and it’s clear the New Orleans area hasn’t been spared.

Was Zahn’s directive a good idea? Probably not. It would have been more than sufficient for him to put out a press release castigating Nike as hostile to those making real sacrifices and trashing the company’s decision to align itself with Kaepernick and the fraudulent Black Lives Matter movement. He would have gotten a similar reaction, and profited by it because after all Ben Zahn has the First Amendment right to pop off any way he pleases. The memo oversteps that defensible position, though, by bordering on an infringement of the First Amendment rights of those booster clubs at the playgrounds – some of which are bound to be majority black and who have now bought in to Nike as a symbol of black resistance to white power.

And this is laughable, and historically so. Nike, for all its marketing, is about as white a company as it’s possible to be. It’s based in Oregon, where you’ll search far and wide to find scarcely any black people. Nike has paid lots of money to black athletes to endorse its products, but that hardly amounts to much in the way of making it a “black” brand. And yet somehow, the adoption of Colin Kaepernick as a brand ambassador now makes Nike a sacred symbol in the black community. The utter absurdity of this is difficult to absorb.

So what happens now? Zahn probably can’t back down from his directive, because there is no way to save face by doing so. His best move at this point might be to bring in Under Armour or Adidas or one of the other big makers of athletic gear to do a sweetheart deal providing free gear to the kids at Kenner’s playgrounds, but it’s doubtful he can get that done with the controversy spiraling out of control. So this is likely going to result in a stupid nuisance lawsuit which puts the whole thing in the hands of a judge.

And now that Cantrell is involved, the natural inclination will be for the Jefferson Parish political class to push back against her, so look for members of the Parish Council to jump in on Zahn’s side, thus putting the New Orleans area completely at war with itself…

…over a cynical and poorly-thought-out marketing campaign starring a washed-up mediocre ex-quarterback whose 15 minutes of fame had long passed him by.

The movie Idiocracy is no longer the comedy it was intended to be. It turns out it’s a documentary. We are living it.

UPDATE: And then it got worse, as the entire New Orleans City Council decided they just had to weigh in… 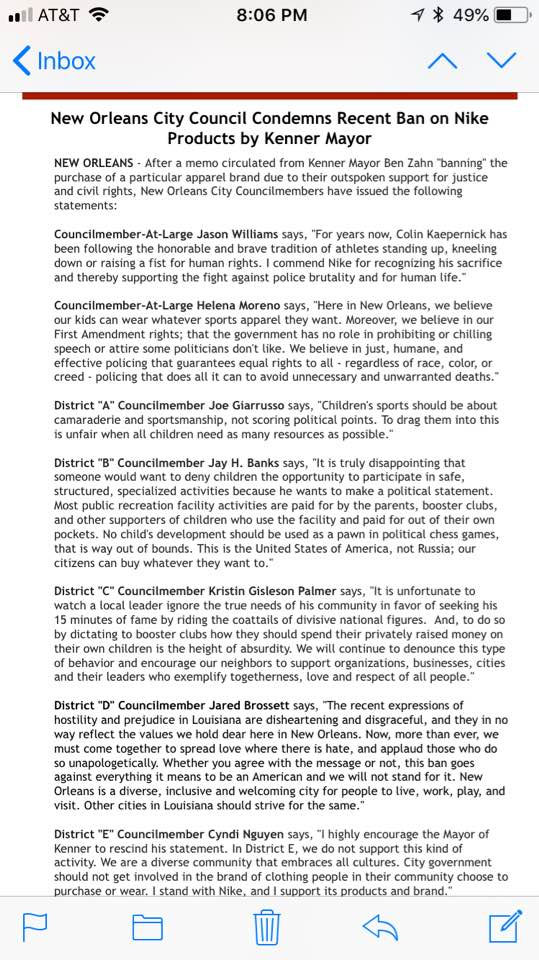