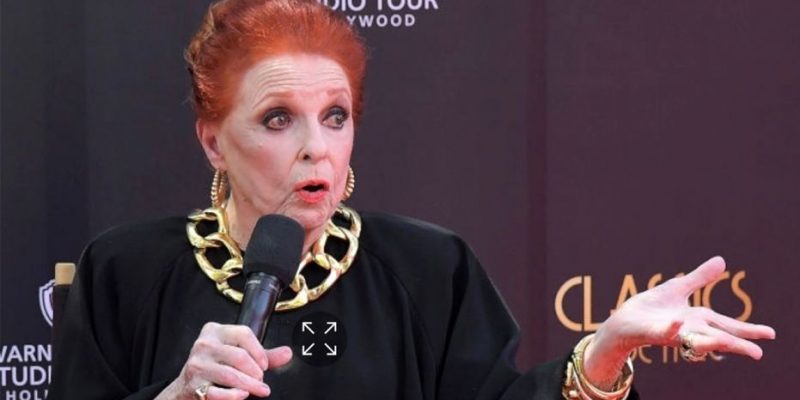 Violent artistic depictions have been made of President Trump. Protests have featured papier mache beheadings. Boxing dummies have been made in his image and used as outlets of anger. Yet, this might be the first incontrovertible, legitimate call to violence against the sitting President. When approached by a TMZ cameraman Sunday evening, Broadway legend Carole Cook implied the need for a Presidential assassination.

“Where’s John Wilkes Booth when you need him?” asked Cook, plainly referring to Booth’s infamous assassination of Abraham Lincoln. Perhaps in order to make sure that she was not being misunderstood, someone off camera asked, “So we need to kill President Trump?”

“Why not?” responded Cook, as if it was an obvious solution to her political discontent. “Now, will that get me in trouble? Will I be on an enemy’s list? My god I hope so…just keep me out of jail.”

Presidential assassinations have never been celebrated in this country. However, political polarization likely has not been this high since the Civil War. Coincidentally, this time frame is what Ms. Cook is referring to when she welcomed a reemergence of the role of John Wilkes Booth. It is thus quite telling what Ms. Cook, and perhaps a faction of Trump opposition think of the times America is now in.

The United States is in such a dire state, from this worldview, that the murder of the country’s leader is on the table, palatable, and even desired. Other avenues of dealing with the Trump leadership are losing their appeal. Impeachment may no longer been seen as satisfying enough.

Whether or not the call for assassination of the sitting President will persist past this one voice is yet to be determined. This may act as a litmus test for the level of animosity bubbling up within a faction of the populous.

Interested in more national news? We've got you covered! See More National News
Previous Article The Kenner Nike Ban Story Is Ridiculous On All Sides, But The “Protesters” Take The Cake
Next Article BAYHAM: A Post-American September 11