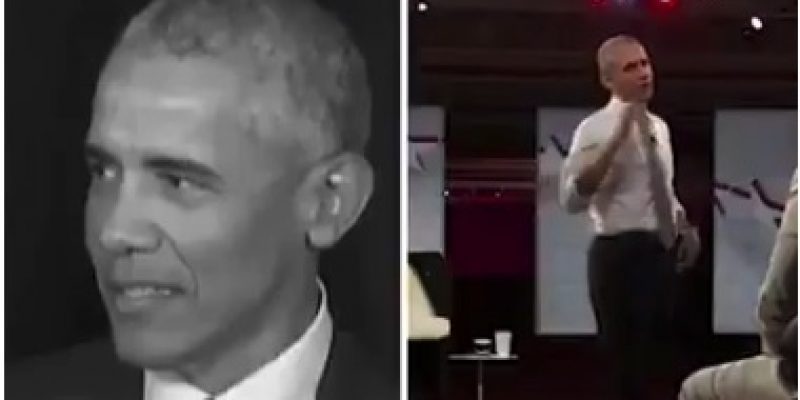 In 2016, Barack Obama expressed that America’s joblessness couldn’t be turned around. Now, with record unemployment lows and employment highs under President Trump, Obama is taking credit for the job growth he said would never happen.

During a PBS town hall that aired Wednesday, Obama referenced Trump’s promise to bring back jobs to the United States when talking about manufacturing.

Obama has slammed Trump in the past.

During a speech Wednesday, the president bashed one of the candidate’s central arguments that international trade and immigration have hurt American voters. He called Trump’s pledge to roll back Wall Street regulations “crazy.”

“That will not help us win,” Obama said of Trump. “That is not going to make your lives better.”

What a stupid remark to make. Even more stupid, someone who doesn’t understand how the economy or job creation works. Even dumber than that – someone who created more debt than his predecessors.

#SaturdayMorning Obama thought the internet would forget this video. He should of known better. pic.twitter.com/sjWYpqty9n