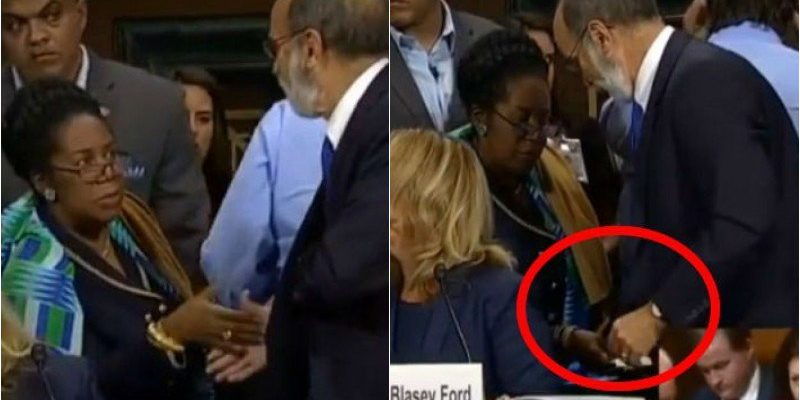 KHOU11 News wants to know what was in the envelope that Texas Rep. Sheila Jackson Lee gave to Ford’s attorney, which was caught on camera.

Texas 18th District Representative Sheila Jackson Lee walked up to Dr. Christine Blasey Ford’s lawyer and handed him something which he quickly put into his coat pocket.

Sheila Jackson Lee what was that? pic.twitter.com/yWPyrelIs8

“I truly hope that someone will investigate the contents of the envelope Sheila Jackson Lee passed to Dr. Ford’s attorney before today’s proceedings,” viewer Diane Deberry Woodard said on Facebook.

“I want to know what Sheila Jackson Lee handed to Ford’s lawyer during the first break. One white envelope and one that looked reddish,” viewer Laura Sigler said.

If so, then why not provide the contents to the public– during a public hearing?