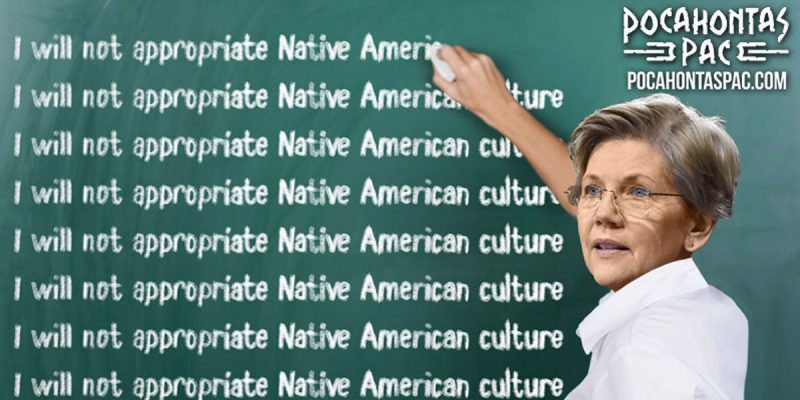 Or my dirty blond hair.

Or my fair skin covered in freckles that requires copious amounts of sunscreen to avoid getting burned lobster red.

By Massachusetts US Senator Elizabeth Warren’s threshold for ethnic self-identification I’m a bona fide African-American in the decennial US Census way.

I’m not referencing a microscopic shard of DNA that documented on an Ancestry saliva report but through genealogical research I performed long before these services existed.

My great grandfather was the first ancestor to be classified as white on a census record.

His father and grandfather were listed as mulatto or colored on various government documents.

And unlike America’s first black president, my ancestors were slaves.

Under the old one blood drop rules of the Jim Crow era I would be considered one of a few things but white wouldn’t have been one of them.

Obviously it would be a complete farce for me to claim, or rather “identify” as the lingo goes these days, that I’m black on any form.

And it would be unconscionable to even attempt to exploit set aside programs of any kind, my stack of microfilm printouts and 19th century death certificates be damned.

Those programs were not designed for individuals who had my life experiences.

Too bad Professor Warren thought differently as she reassigned herself minority status while ascending the whitest tower not topped with a giant searchlight. Academia.

Universities put a premium on diversity, though not ideological, and armed with a folksy family anecdote and “distinguishing” cheekbones Warren was all too happy to be the Native American checkbox on a faculty roster.

But just as I wouldn’t pass the reasonable expectation of an African-American or Hispanic, neither would Warren with her supposed American Indian lineage.

I’d imagine the ideal beneficiary of a program for Native Americans would be someone who 1) had the life experience both in terms of being raised in the culture and overcoming unique challenges that disproportionately affect Native Americans and 2) would bear a physical features that would potentially invite poor treatment and denial if opportunities due to racism.

Furthermore according to the DNA results she (amazingly) released her Native American lineage is ten generations removed.

That’s right, she’s not even within Seven Degrees of Kevin Bacon of being an authentic Native American.

Elizabeth Warren is as deluded about her ancestry as Steve Martin’s character in The Jerk.

Speaking of deluded, one should check out the news headlines heralding her great reveal proclaiming “strong evidence” for Warren’s Native American heritage.

It’s as if the editors penning the headlines didn’t even bother to read the details of the attached articles but merely wished it so.

Since when does the number .00097 imply strong anything?

The odds are stronger of hitting the daily Pick 3 Lotto drawing.

The media has demonstrated once again that they are the enemy of both the truth and reality by giving credence to such a ludicrous claim by Warren in the face of the very damning data she presented.

And which staffer in Warren’s Senate office or presidential exploratory committee thought announcing these findings was a good idea?

Rather than spiking her discovered sliver of Native American DNA in the press they should’ve been faxed through the shredder and never spoken about again.

But when you never anticipate being held accountable by the media, miscalculations of this proportion are going to happen.

If anything the report confirms President Donald Trump’s Fauxcahontas taunts.

And there’s not going to be a check from The Donald for a million being cut any time soon as he has once again played Bugs Bunny to the Democrats’ Elmer Fudd.

If Trump really wanted to be snarky he’d donate $970 (which is a rounded up .00097% of the million dollar challenge) to the Native American charity that Warren cited in her “bounty claim” for her rounded up Native American ancestry.

Warren’s unforced error is just the latest self-inflicted embarrassing moment by a frothing at the mouth 2020 Democratic presidential field desperate to out demagogue and out gimmick each other (Spartacus!) to impress a radicalized slice of the electorate that calls the shots in the Democratic presidential primary and caucus asylum.

To think they very leftists defending Warren’s Native American authenticity are screaming about white girls dressing up as Moana for Halloween.

Interested in more national news? We've got you covered! See More National News
Previous Article The St. George Petition Is In, And It Looks Like More Than Enough Signatures To Force A Vote
Next Article Democrats Instructed To Talk About Immigration “As Little As Possible”