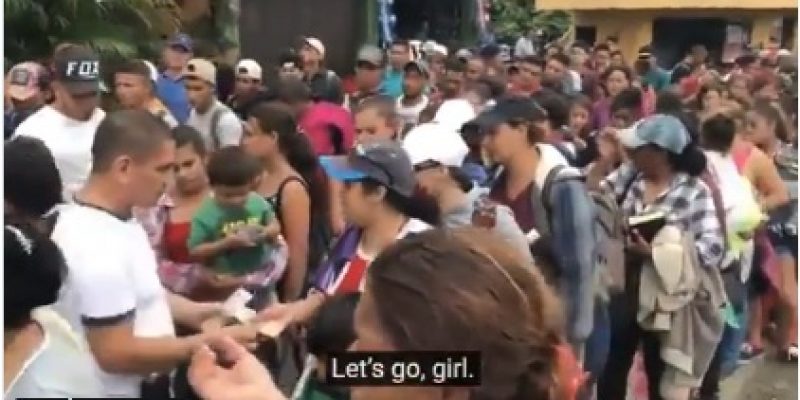 Florida Congressman Matt Gaetz posted an astonishing video on Twitter that shows a community organizer handing out cash to illegals in a line waiting to receive transport to come to the U.S.

Someone is orchestrating mass migration from Honduras–through paid and arranged transport. It turns out that illegals are not on a dangerous mission traversing thousands of miles by themselves, as Democrats allege.

So who is paying for this?

Call your congressman and senator to demand that they find out the answer!!!

Interested in more national news? We've got you covered! See More National News
Previous Article Must watch: More ex-Democrats are speaking out FOR TRUMP
Next Article Congressman Clay Higgins has an important message for voters [video]