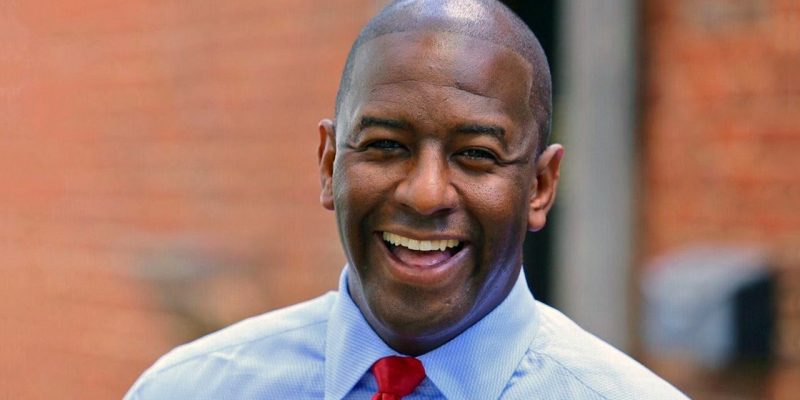 In a recent interview with Laura Ingraham, she asked President Trump about a tweet he posted about the Democratic Socialist running for governor in Florida: Andrew Gillum. Trump calls Gillum a thief in the tweet, but takes it one step further in the televised interview.

In Florida there is a choice between a Harvard/Yale educated man named @RonDeSantisFL who has been a great Congressman and will be a great Governor – and a Dem who is a thief and who is Mayor of poorly run Tallahassee, said to be one of the most corrupt cities in the Country!

Trump is referring to an undercover FBI agent who paid for Gillum campaign bills as an alleged bribe in exchange for receiving business contracts with the City of Tallahassee where Gillum is mayor.

An undercover FBI agent posing as an Atlanta developer seeking to do business with the city of Tallahassee was billed for food and drinks for a 2016 fundraiser for Mayor Andrew Gillum’s nascent political action committee, documents released Friday show.

The Forward Florida PAC would eventually become the war chest for Gillum’s gubernatorial campaign. It is the first piece of evidence linking an ongoing FBI probe to Gillum’s broader campaign for statewide office.

The emails and receipts released Friday as part of a supplemental records request from the Florida Commission on Ethics show that the agent, Mike Miller, was invoiced $4,386 by 101 Restaurant and Mint Lounge, a restaurant owned by lobbyist Adam Corey at the time. An email exchange shows that Miller paid the bill and that Gillum sent him a personal thank you note for the food.

As the Tampa Bay Times reports, “Andrew Gillum’s campaign for governor had an FBI problem almost from the start.”

Yet he’s still running for governor.

And, Gillum responded to Trump’s remarks by calling the President of the United States a PIG.

I heard @realDonaldTrump ran home to @FoxNews to lie about me. But as my grandmother told me — never wrestle with a pig. You both get dirty, but the pig likes it. So ignore him and vote, Florida!

Imagine what would happen if people had called Obama a pig. Or a monkey. Or something else. The media would have gone insane.

Newsweek reports that the “thief” remarks stem from a state ethics investigation into Tallahassee corruption of which Gillum was not the focus.

The FBI investigated two trips the mayor took with an aid to New York and Costa Rica in 2016. The investigation found that “the mayor likely knew tickets to the Broadway show Hamilton came from an undercover FBI agent posing as a business developer.” The city aid billed the undercover agent $4,300 for a 2016 fundraising dinner for Gillum’s political action committee, Florida Forward.

Gillum said of Trump on MSNBC’s The Rachel Maddow Show:

“He performs as all weak people do: by bullying others. The president needs to grow up, he needs to do his job, he needs to lead. This country could use leadership at this moment and instead he’s throwing insults across Twitter.”