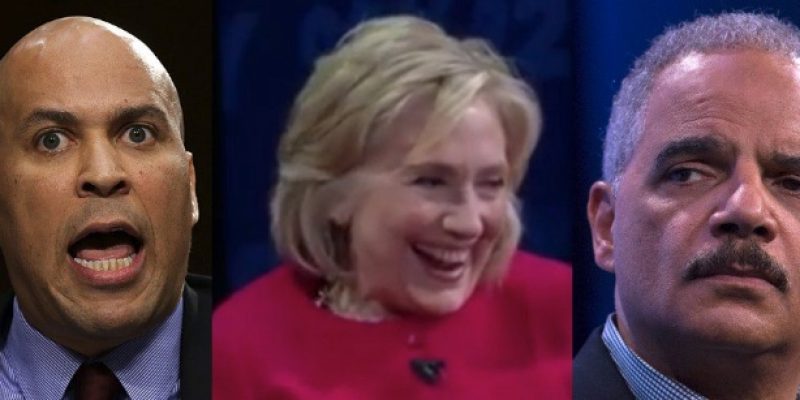 The audience gasped and laughed after her remark.

Where is the liberal media outrage?

Do all black people “look alike?” According to a white Democratic elitist they do.

Then Hillary Clinton laughs hysterically at her own racist comment.