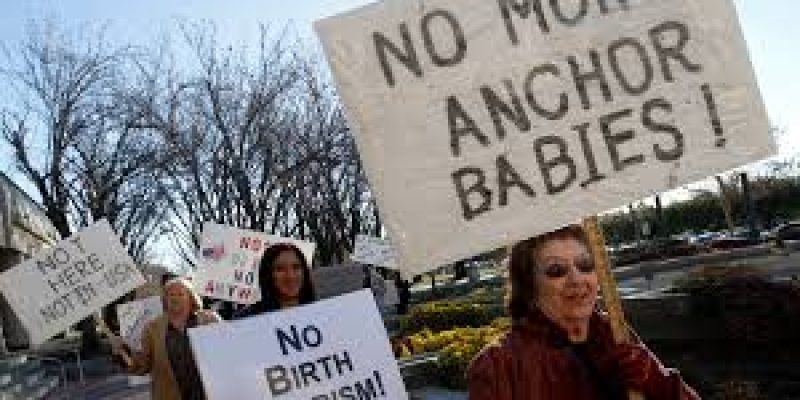 Trump has announced that he plans to move forward and act on birthright citizenship with an executive order. This will likely spark a contentious debate among legal scholars and both sides of the political aisle. If the President moves forward with the action, it would effectively prevent illegal immigrants from birthing anchor babies within the nation.

Birthright citizenship is not the predominant practice around the world, especially in developed countries. In fact, the only developed nation that offers birthright citizenship, other than the United States, is Canada. No other country comes close to providing the same degree of opportunity, access to advanced civilization, and government benefits like the U.S. does with this program.

Hence, why Donald Trump acknowledged in the interview that the U.S. is “the only country in the world where a person comes in and has a baby, and the baby is essentially a citizen of the United States … with all of those benefits.”

The U.S. is extending an extremely generous invitation to illegal immigrants around the world to take advantage of this policy. By ending this policy, not only would this revoke future citizenship to anchor babies, it would also help deter illegal immigration. If potential illegal migrants know that their children would not be granted U.S. citizenship, future generations would not benefit from the individual’s personal risk of immigrating illegally. The entire line of descendants would not become naturalized unless they went through the proper immigration procedures like everyone else.

“It was always told to me that you needed a Constitutional amendment–guess what? You don’t,” Trump said in the interview. “Number one, you don’t need that. Number two, you can definitely do it with an act of Congress. But now they’re saying I can do it with just an executive order. Now, how ridiculous–we are the only country in the world where a person comes in, has a baby, and the baby is essentially a citizen of the United States for 85 years with all of those benefits? It’s ridiculous. It’s ridiculous–and it has to end.”

Whether or not the executive order is able to be successfully implemented remains to be seen. It surely would not go down without a strong fight from the left.

However, what this does is set the precedent for the right. If Republicans keep the House, it becomes quite clear what Trump expects to be done on the issue. While the executive order can be debated on the question of legality, legislation could certainly end birthright citizenship. Trump, at the very least, is laying the foundation for what is to be expected from his party come November 7th.

Interested in more national news? We've got you covered! See More National News
Previous Article Hillary Clinton: “All black people look the same” [video]
Next Article KAY: With Respect To Licensing, What’s Good For The Goose Is Good For The Leges