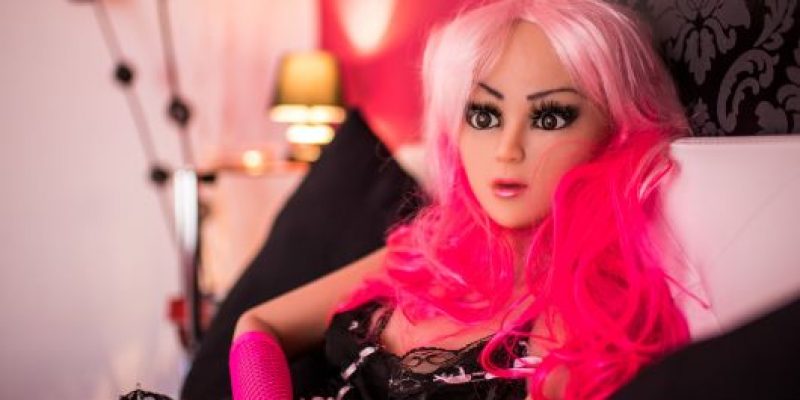 Yes, this happened– or is happening.

Kinky S Dolls, a sex robot brothel, was set to open at the end of this month in the downtown Galleria mall area– among high end shops like Williams-Sonoma, Tiffany’s, and popular stores like Anthropologie and Apple.

But at a recent Houston City Council meeting, members unanimously voted to prevent the robot brothel from opening– kind of–with a new ordinance.

The City Council allowed the business to sell sex robots but prohibits them from being used at the store. The vote only prohibits the “try it before you buy it” aspect– not the actual sale. To completely shut down the business, a judge would have to grant an injunction.

At the hearing, prior to the vote, a woman who claimed she was contracted to work for the robot brothel says the business plans to move forward regardless of what the city says.

“It’s really about giving someone another option of how to be loved or how to express their love or their sexuality,” said ‘Magdalena,’ who asked that her real name not be used. “They’re not hurting anybody.”

Magdalena– whose job is to maintain, dress and style the sex dolls– described her role:

“The dolls haven’t even been activated yet. I mean, they barely even have their wigs on. Basically I’m going to give them a full-scale once over. It’s like a cross-breed between a physical, going to the OBGYN and going to a skincare specialist.”

Magdalena says she must make sure the robots are cleaned properly after use:

“You’ve got to be extremely careful. I spent and hour or two last night consulting with a pelvic doctor. I plan on lining up a team of doctors making sure that the dolls can withstand lots of people having sex with (them), and making sure nobody gets any diseases because nobody wants to get an STD from a silicone doll.”

Mayor Sylvester Turner said he opposes the business opening in Houston and thousands of people have signed an online petition expressing their opposition to the brothel.

The attorney for the building’s owner, Richard Java, is also against it. He said in a statement:

“The tenant represented that they were opening an art gallery and never provided the necessary documents my client requested for a formal lease to be signed. After discovering the misrepresentation my client engaged me and wants no part in any sexual oriented business.”

Magdalena says she is proud to be part of a precedent-setting venture that she claims society has needed for a long time. KHOU11 reports:

“There’s a lot of lonely men in the world, that they have no outlet. So the fact that there are dolls that give these men an outlet is extremely important. It’s not only important for the men who need comforting, who’d like to be in relationships but have social disabilities, but it’s good for the women, too, who don’t have to be objectified anymore or harassed or belittled or demeaned. They can go do it to an inanimate object.”

Another lifestyle choice and another way to express “love”: silicon dolls.