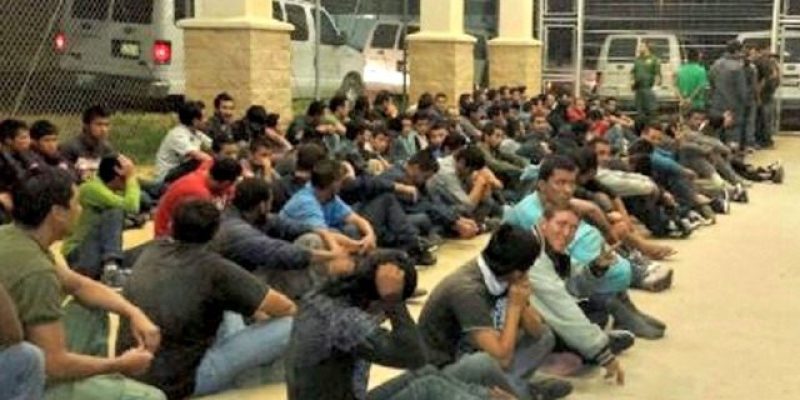 The Washington Times reports, “Men now make up about 40 percent of illegal immigrant parents trying to sneak children into the U.S., as they leap to take advantage of the “family loophole” that means illegal immigrants who come with children get treated more leniently.”

Pointing to a Border Patrol report, fraud has also soared. From May to August of this year there were at least 150 cases of adults (both men and women) pretending to be families to take advantage of the loophole.

Jessica Vaughan, policy studies director at the Center for Immigration Studies, told the Times that children have become “pawns and deportation shields,” who are brought north on a dangerous journey to help their parents already in the U.S. illegally receive leniency from U.S. officials.

“It’s a sad twist on the more typical model of how illegal immigration happens,” she said.

Homeland Security officials claim that the family loophole has become popular among illegals on both sides of the border and is advertised by smuggling networks.

“Aliens know that if they come across the border with a child – whether theirs or not — they will likely to be released into the interior and are almost impossible to remove,” said Katie Waldman, a Homeland Security spokeswoman. “This underscores the urgency for Congress to act and close these debilitating loopholes that encourage family units to make the dangerous illicit journey north.”

Where did this loophole come from? The Times answers:

The root of the loophole is a 2015 ruling by U.S. District Judge Dolly M. Gee. She took longstanding protections for unaccompanied alien children (UAC) and expanded them to cover children who are accompanied by parents. Under her ruling, children generally have to be released from immigration custody within 20 days, and since the government doesn’t want to separate families, that usually means releasing the parents, too.

By contrast, adult illegal immigrants nabbed at the border without children are usually detained until their cases are completed.

Immigration officials warned in 2015 that Judge Gee’s ruling would result in parents bringing their children to take advantage of the loophole. And they were right. Except illegals are “borrowing” or “abducting” children to enter as fake families– or two sets of one parent and one child so that more can come through.

“A common tactic used by human smugglers is to place minors with unrelated adults and provide fraudulent documents as part of the services they deliver,” Marc Sanders, head of Homeland Security’s human smuggling cell, said in a court filing in April.

“The aliens and their smugglers believe that if they can make a claim that they are traveling as a family unit, this will allow for their prompt release from immigration custody.”

Once they’re in America, it’s hard to find them to get them deported.

“I simply do not have the resources to get people once they’re at large in the communities,” Matthew Albence, executive associate director at ICE, told the Senate Homeland Security Committee.