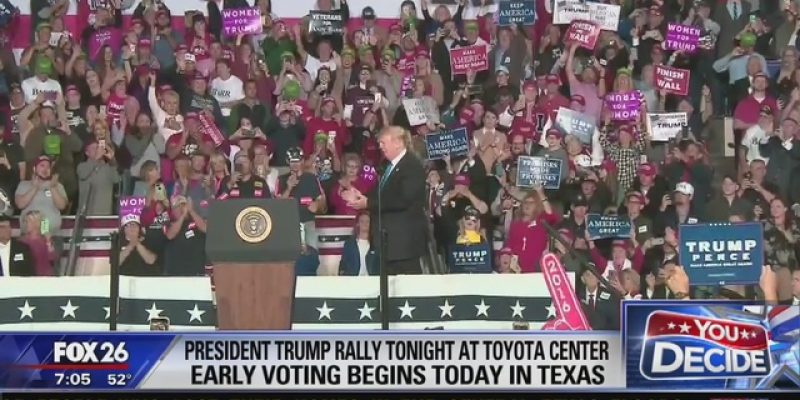 One of the highlights of the night was President Trump’s jokes. He was serious, but his delivery was hilarious. He talked about parents who don’t love their children can vote Democrat because Republicans will get rid of capital gains and allow children to keep their parent’s inheritance. People in the crowd laughed and cheered.

He talked about Fauxahontis having 1/1024 Native American Indian blood, less than the majority of Americans. He talked about the Democrats’ plan to destroy the economy and commitment to bringing in illegals, as television coverage of hoards of illegals are crossing the borders of Honduras and Guatemala into Mexico, in pre-arranged trucks and transportation to bring them into the U.S. illegally.

He talked about creating jobs and that the economy is better than it’s ever been.

The crowd went wild, cheering and chanting “Build the Wall.”

.@POTUS: If you want high paying jobs, rising wages, and a booming economy, then go out and vote Republican

This is the Truth as Democrats have no platform or policies other than obstruct & resist the successful Trump Agenda #VoteRedToSaveAmerica
pic.twitter.com/QjnE1DbCBQ