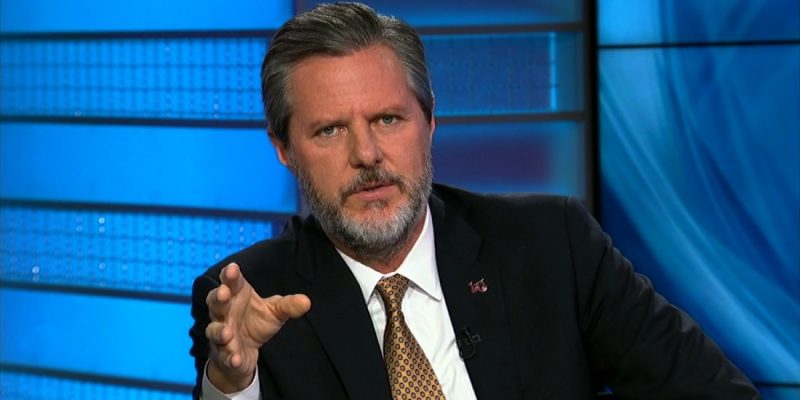 Conservatives & Christians need to stop electing “nice guys”. They might make great Christian leaders but the US needs street fighters like @realDonaldTrump at every level of government b/c the liberal fascists Dems are playing for keeps & many Repub leaders are a bunch of wimps!

The Liberty University president’s comments support some of President Trump’s tweets complaining about Congress. Falwell, a vocal supporter of Trump since 2016, invited Trump to speak at the college’s 2017 commencement ceremony.

“Falwell also reportedly reviewed and rejected stories and opinion pieces written about the president in the school’s student newspaper, particularly when they focused on Trump’s vulgar comments on the “Access Hollywood” tape,” The Hill reports.

Strangely @jeffsessions appeared unannounced at @LibertyU the night before the 2016 election on a bus tour. I told students but could get almost none of them to come hear him. Could it be our students were the first to see he was a phony pretending to be pro- @realDonaldTrump ?

Falwell and many other evangelical leaders have continued to back the president despite criticism about him.