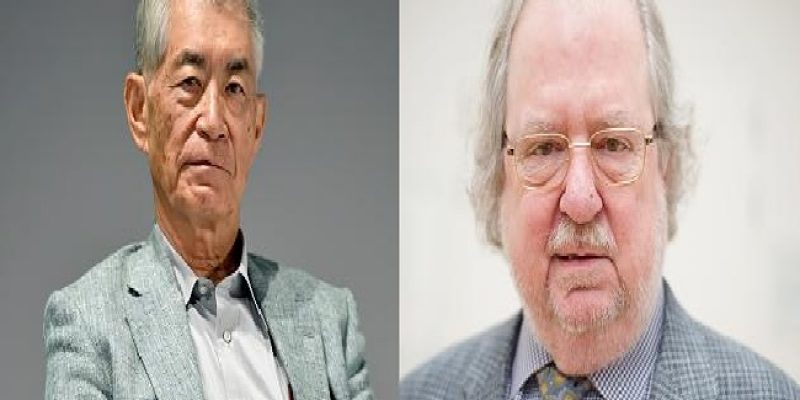 James Allison of the University of Texas and Tasuku Honjo of Kyoto University have won the Nobel Prize in medicine for their research on cancer, KXAN News reports.

Their research, which has led to drugs that release the brakes on the immune system, constitutes “a landmark in our fight against cancer,” said the Nobel Assembly of Sweden’s Karolinska Institute, which selects the winners of the prestigious award. The pair will share the 9 million kroner prize money, which is roughly $1.01 million.

The discoveries by Allison, 70, and Honjo, 76, “absolutely paved the way for a new approach to cancer treatment,” Dr. Jedd Wolchok, chief of the melanoma and immunotherapeutics service at the Memorial Sloan Kettering Cancer Center in New York, told The Associated Press.

Their work led to the development of drugs treating the skin cancer melanoma and for cancers of the lung, head and neck, bladder, kidney and liver. Just last week, such a drug was approved for treatment of another kind of skin cancer called squamous cell cancer, he said, KXAN News reported.

Wolchok said “an untold number of lives … have been saved by the science that they pioneered.”

The concept of using the immune system to fight cancer was developed in the 19th century and initial treatments based on this approach were only not very effective.

“Everybody wanted to do chemotherapy and radiation. The immune system was neglected because there was no strong evidence it could be effective,” said Nadia Guerra, head of a cancer laboratory at Imperial College London.

Allison’s work, mostly performed at the University of California-Berkley, improved the 19th century methods to be able to identify tumor cells and act against them.

“It’s like your body uses your own army to fight cancer,” she said.

Allison studied a known protein and developed the concept into a new treatment approach, while Honjo discovered a new protein that also operated as a brake on immune cells, The Associated Press reports.

“I’m honored and humbled to receive this prestigious recognition,” Allison said in a statement released by the university’s M.D. Anderson Cancer Center in Houston, where he is a professor.

“A driving motivation for scientists is simply to push the frontiers of knowledge. I didn’t set out to study cancer, but to understand the biology of T cells, these incredible cells that travel our bodies and work to protect us,” he said.

At news conference Kyoto, Japan, Honjo said what makes him most proud is when he hears from patients who have recovered from serious illnesses because of his research.

Dr. Otis W. Brawley, a close friend of Allison’s, said, “The discovery of Jim Allison led to the first drug that routinely caused patients with a metastatic disease – melanoma – – to go into complete remission.”

Allison’s drug, commercially known as Yervoy, became the first to extend the survival of patients with late-stage melanoma. In a statement on Monday, Allison said scientists need to better understand “how these drugs work and how they might best be combined with other therapies to improve treatment and reduce unwanted side effects. We need more basic science research to do that.”

“It’s a great emotional privilege to meet cancer patients who’ve been successfully treated with immune checkpoint blockade. They are living proof of the power of basic science,” he added.

Allison’s and Honjo’s prize-winning work started in the 1990s and was part of significant advances in cancer immunotherapy, The Associated Press reports.

Therapy developed from Honjo’s work led to long-term remission in patients with metastatic cancer that had been considered essentially untreatable, the Nobel Assembly said.

Interested in more news from Texas? We've got you covered! See More Texas News
Previous Article Fear And Loathing Erupt Among The Anti-St. George Activists
Next Article Houstonians: Your chance to comment on HPD/city’s application for federal law enforcement grants