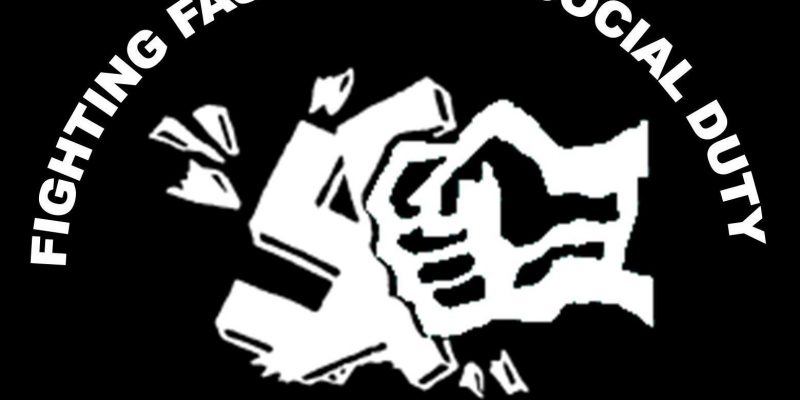 ANTIFA, short for “anti-fascist activists”, is allegedly “a conglomeration of autonomous, self-styled anti-fascist militant groups” who oppose fascism “through the use of direct action, harassing right wing extremists both online and in real life.”

According to the Washington Post, “Its adherents are predominantly communists, socialists and anarchists who reject turning to the police or the state to halt the advance of white supremacy.”

In reality, they are fascists and anarchists. And they are paid to create violence.

In June 2017, ANTIFA was linked to “anarchist extremism” by the New Jersey Office of Homeland Security and Preparedness.

If the Beverly Hills Antifa was paying protesters $15/hr, how much was the group promised by Soros? Just enough to cover payroll– or more?

The Political Insider reports that Hillary Clinton paid ANTIFA groups $800,000 through her Onward Together PAC. According to FEC filings, she transferred the money from her failed presidential campaign to her PAC before she announced that she created it.

Clinton’s PAC, Onward Together, openly partners with five left-wing political groups: Indivisible, Swing Left, Color of Change, Emerge America, and Run for Something, all of which have ties to antifa. Despite all these partners, however, the PAC website is bare-bones. There are just two tabs: One explaining the group’s “mission,” and another asking for donations – with no indication as to where the money would go. So, in order to get to the bottom of the mystery, The Daily Callerdecided to give all five antifa-linked groups a call.

The result? Only one group – Indivisible, a George Soros-backed “resistant” outfit – denied receiving financial support from Onward Together. “Onward Together has not given any financial support to us,” Helen Kalla, an Indivisible spokesperson, responded via email. She further explained that the Clinton PAC has mainly helped them by “amplifying and highlighting our work through their digital networks” via things like retweets and emails. However, just last week, Onward Together sent out an email explaining why supporters “might not have heard much about the work we’re doing.”

Seems like ANTIFA protesters are getting jilted. Maybe it’s time for them to #WalkAway.