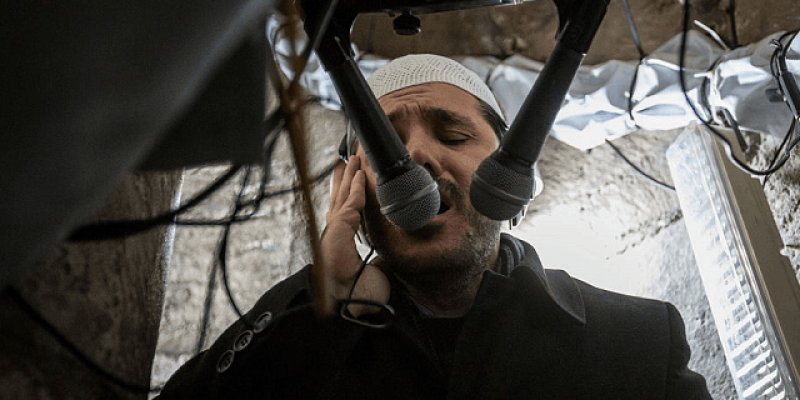 A chapel in Linz, Austria will blast the Islamic Call to Prayer each day, starting at 5:00 AM between December 2nd & 23rd during Advent while Austrians are preparing for Christmas. It is part of an “art installation” aimed at emphasizing the false notion that “Islam is a religion of peace.” Breitbart News reports:  The noise is considered “a special kind of audiovisual experience,” when recordings of muezzin calls, which were taped in Algeria, Mozambique, Istanbul, and Singapore, are played from the chapel of the Upper Austrian Cultural Quarter’s Ursuline Church.

The organizers behind ‘ADHINA’ claim the installation “succeeds in linking the aesthetics of different realms of reality,” when visitors hear “the muezzin call as an Islamic ritual” melding together with “the everyday sounds of a secular-urban world,”as they walk past the “Christian sacral architecture” at the site, where the baroque buildings were founded as a monastery.The ‘sound artists’ behind the project, Werner Puntigam and Klaus Hollinetz, “want to create awareness that Islam and Christianity are religions of peace or want to be,” according to promotional material for the project.

A muezzin from the mosque calls out five times a day, starting at 5:00 AM, traditionally from the minaret, summoning Muslims for mandatory worship, a concept that is alien to secular Europeans.

This is what it sounds like in Hamburg, Germany: