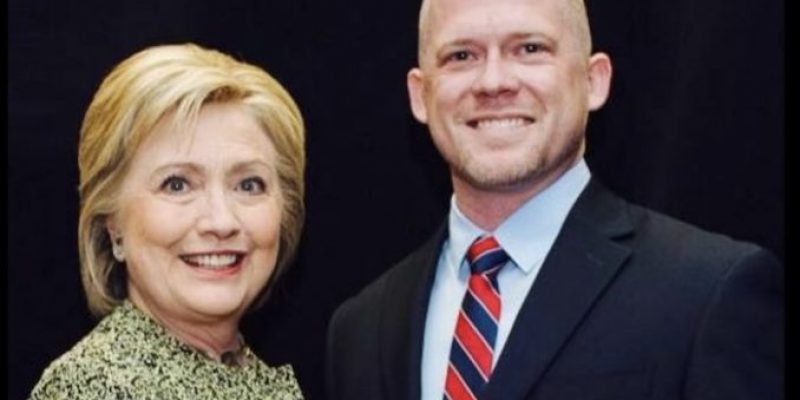 According to the testimony of a federal agent, Harold “H.L.” Moody, a former Democratic Party chairman, streamed live videos of children being raped, distributed child pornography to other pedophiles, and regularly smoked methamphetamine out of a glass pipe while seated at his desk during work hours.

Our tax dollars at work, folks.

Jason Bennett, a special agent for Homeland Security Investigations, said an undercover agent took “screen shots” of Moody sitting at his desk and chatting with pedophiles in a secret chatroom online on “more than one occasion” between Aug. 29 and Oct. 12.

Bennett described Moody as a “high-volume user” who logged in and out of a chat room solely devoted to child pornography several times a day, including 26 times in a two-day span. He was also a host of the private chat room, which Bennett explains indicates that Moody did something to receive such recognition.

Moody, 39, was was arrested on Nov. 5 and fired from his job shortly thereafter. Agents searched and seized information from his Little Rock, Arkansas apartment and found two grams of methamphetamine and pornographic images of children and infants being raped. They also found a half-gram of the drug in his office desk drawer.

Chris Tarver, Moody’s attorney from the federal public defender’s office, tried to have him released on bail pending trial and possibly be released and committed to an in-patient drug-treatment facility.

U.S. Magistrate Judge Joe Volpe considered it, but rejected the proposal after Assistant U.S. Attorney Kristin Bryant’s argument that Moody “poses a risk of flight and could be a danger to the community.”

Bryant explained that the agents were only able to find 15 images of child pornography on one of Moody’s devices because his other devices were password-protected. She said, “we don’t know if he’s a producer of child pornography,” and, “I don’t think we know how much of a danger to the community he is.”

Bryant described the type of photographs and videos Moody allegedly distributed—images of infants and young children being raped. She pointed to the agent’s testimony that “Moody was initially observed viewing the images, then distributing them and eventually even hosting sessions in which people in a secure chatroom stream live videos of infants being raped.”

Tarver argues that Moody’s real problem is drug addiction. His partner, Gabriel Womack, said he broke off their engagement when he found methamphetamine in their apartment. Moody admitted to being an addict, has tried to stop, but can’t. Tarver argues that, “This is a drug issue.”

Newsflash to Tarver: there bigger problem than drugs is raping babies and children.