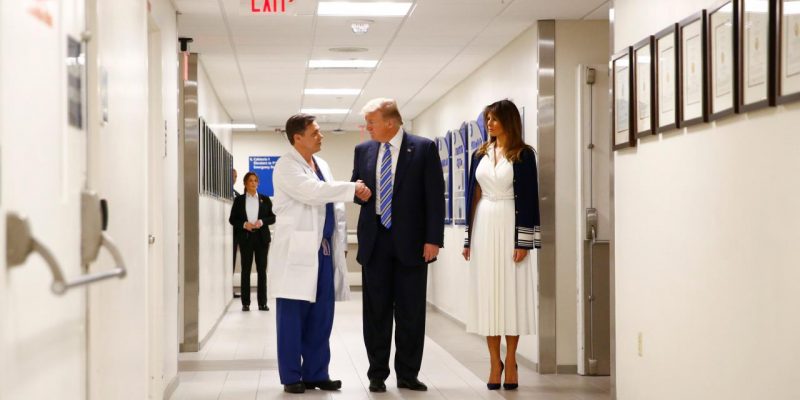 In general,  the president’s party typically loses seats in Congress at midterm elections.  An average of 30 seats in the House are lost and four in the Senate.  In the 2010 midterm, Americans soundly rejected President Barack Obama’s policies by flipping a whopping 63 House seats and 6 Senate seats.  That resulted in a split Congress, and effectively ended President Obama’s agenda.

Prior the to the 2010 midterm, the Democrats controlled both houses and the White House. Even had a supermajority in the Senate.  And they leveraged that power to pass President Obama’s key legislative agenda: – Stimulus, Dodd-Frank and ObamaCare.  Had the midterms not flipped the House, next up was Cap and Trade and Card Check.

But in the 2018 cycle, the situation is different.  Conventional wisdom suggests that Republicans will retain control of the Senate, likely will add a couple of seats.  The House is a toss-up, but that the lower chamber is even in play is very unusual.  In 1992, Louisiana Democrat strategist, James Carville, branded the Clinton campaign with the theme, “It’s the economy stupid.”  With a slew of current positive economic news hitting the wire and air on a daily basis, maybe that’s what’s going on in 2018?  Hard for Democrats to run on improving an economy that is on fire.

Appears to me that the Democrats lack a cohesive message.  To date, they’ve hung their political hat on impeaching President Trump, impeaching Justice Kavanaugh, reversing the Trump tax cuts, blocking judicial appointments, open borders and amnesty, gun control, free this and that, blah, blah, blah.  Same old tired message, that your life sucks and government is gonna fix it.

But in these final days leading up to election Tuesday, they’ve gone “all in” on the old reliable pinnacle of socialism, Medicare for All. This past weekend, prior to election day, the talk and news shows were flush with rhetoric about expanding ObamaCare and protecting “pre-existing conditions.”  In fact, a buck for every time that phrase was mentioned by a Dem candidate or surrogate (and even Republicans), could enrich one to Nancy Pelosi’s considerable wealth.  After the midterm, regardless of party in control of either house, it’s clear that health care will be front and center.

What’s amazing is that many Republicans are promising to protect this key provision of ObamaCare. Though many were elected on the promise of full repeal of the intrusive government takeover of the U.S. healthcare framework.  No doubt, it’s a popular provision.  But it’s also one of the key drivers of the cost of coverage.  When ObamaCare passed, I feared once entrenched, it would be impossible to extract.  That many Americans – even self-described conservatives – would get accustomed to the goodies – but complain about the there’s-no-such-thing-as-a-free-lunch price.  From a conservative perspective, how did we get to the point where the government is essentially smack dab in the health care business?  And where bureaucrats are in the weeds of dictating what a private company can and cannot sell?

Over one-third of the population, some 120 million, are covered by government insurance (Medicare, Medicaid, TriCare).  Nearly half of Americans are enrolled in group plans (employer-provided) and 7% are enrolled in the individual market, mostly via the ObamaCare exchanges.  Most Americans get coverage from their employer, where employees and their family cannot be rejected for pre-existing conditions.  The pre-existing conditions issue only applies to the individual market, insuring about 15 million.  Not insignificant, but an issue that should be solved without ransacking the entire system.   Government.  Go figure.

Even conservative Dave Bratt (R-VA) and President Trump are promising to keep the ObamaCare provision of pre-existing conditions.  Anything less is a non-starter for the majority of the voting public.  Meanwhile, the Trump Administration continues to work on Section 1332 Waivers, enabling states to allow insurers to offer innovative coverage that doesn’t comply with ObamaCare’s strict coverage and rules for policies – including association plans and skinny plans that can reject for pre-existing conditions.  But it’s difficult to meet the standard to receive a waiver.

Regardless, health care is polling as the number one concern of voters, and is likely to once again dominate the discourse in Washington post midterms. Get ready.  Finally, VOTE!